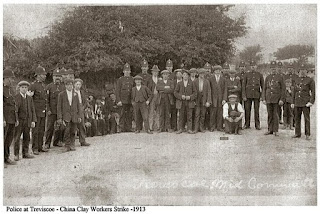 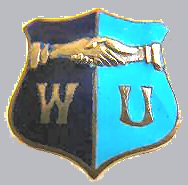 Nearly 100 years ago Clay workers in Cornwall went on strike for better pay struckSo strong was their uprising that the dispute overwhelmed the local police force and officers from Wales – who were familiar with picket lines – had to be drafted into the county to cope.

July 2013 marks the centenary of that three-month strike action of 1913, dubbed the Cornish clay strike, which witnessed 5,000 miners members of the "Workers Union" hold out for a pay rise.

It was prompted after china clay firm Carne Stents, Trewoon, went back on a promise to pay wages fortnightly instead of every month.
This image captures the scenes between the police and the discontented miners.

As the strike dragged on, the miners were forced to give up on their protest as they ran out of money and subsequently returned to work amid an atmosphere of increasing tension and violence.

Plans to commemorate the milestone next year have already begun between trade unionists, historians and interested individuals at Wheal Martyn, Carthew. 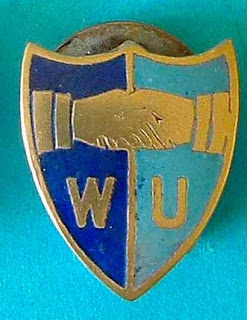 "And shortly afterwards there was a new three-year pay deal that actually gave more than the 25 shillings claimed in the strike."


The dispute was remembered in a 1972 television play entitled Stocker's Copper, which focuses on the relationship between a clay striker and a Welsh police officer brought in to break the strike who was billeted in the house of the protester.

Mr Costley said they hope to work with local schools, unions, employers and councils to tell the story of the strike.

"There must be people who heard stories from grandparents about the impact of the dispute."


"It was an event that rocked the whole community and had profound effects in Cornwall," he added.

There are also possible plans for a book and those with recollections of the strike which have been passed down through their parents and grandparents are invited to get in touch. 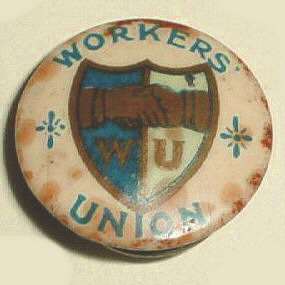