At Heacham, on the north Norfolk coast, Robert Blatchford friend Harry Lowerison kept a co-educational school (Ruskin School, Station Road)
Outside the school grounds stood a small cottage which had been a shop. It had a big garden, and for thirty years Blatchford had longed for a garden. Secretly, and in fear of what Sally (wife) the town lass would say. Blatchford bought it. When he told her, and sought to propitiate her by asking how she would like the cottage decorated, Sally pursed her lips "Well! You know, I've always wanted an oak panelled room. Pewter always looks so nice against oak-panelling.
So the simple cottage was disembowelled to make Sally her oak-panelled room. And the floors were waxed and polished until they menaced the life of the cottages lord and master. And through the gate between Lowerison's school and Blatchford's cottage passed a busy traffic: Blatchford - "the groundsman" they called him
And in the garden were weeds- masses of weeds; and the grass borders to trim, and the lilies to tie up, and the hollyhocks to stake, and the peas wanting sticks, and the creepers to train, and the roses to be nursed and flattered, and the night scented stock to be thinned, and the wonderful ways of the ants to be watched, and birds fed, and garden lore to be absorbed from Pa (Frederick) Chilvers, the neighbouring nurseryman, with his crisp grizzled hair, candid blue eyes and strong face, who did Blatchford honour by naming an apple after him. By day there were the infinite spaces of blue sea and blue sky to be caught if possible, in watercolour.
By night there were the stars, and silence
Never in his life had he been so happy
Robert Blatchford By Laurence Thompson 1951
RADICAL NORFOLK 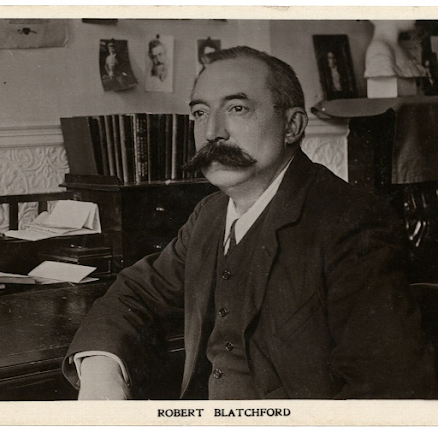 "A year before the issue of Merrie England, there were not 500 Socialists in Lancashire. A year after there were 50,000." 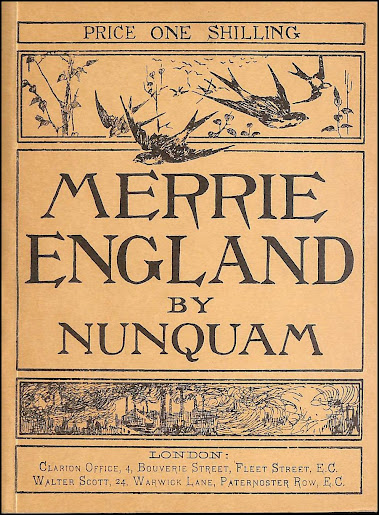 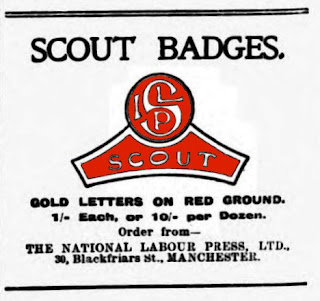 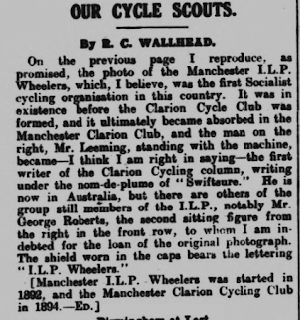 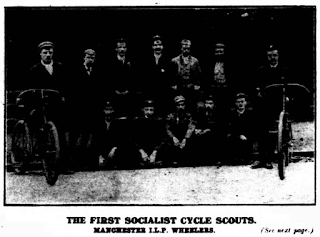 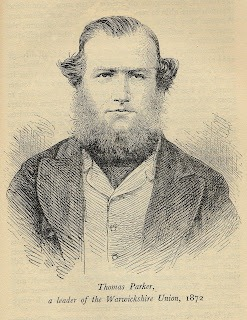 BASRA MEMORIAL IRAQ
WW1
ISLE OF WIGHT MERCURY Friday, July 14, 1916 Page 1 The news circulated on Saturday that Lieut. W. Tozer, Town Clerk of Ventnor, had died of disease caused profound sorrow in the town. The only ray of hope is that the information is unofficial. Some time ago reassuring news was received of his recovery from wounds received in action, and when the Kut-el-Amara garrison surrendered after terrible privations satisfaction was expressed that for the time being at least he was safe. On Saturday last, however, Mr. H. Hughes Oakes, the acting Town Clerk and Lieutenant Tozer's closest friend for several years, received a letter (containing the following copy of a communication received from the Exeter Administration Centre) from Miss M. Tozer, sister of the gallant officer: - [COPY] Sir, - it is my painful duty to inform you that a report has this day been received from the War Office as follows: - It has been officially reported that Lieut. W. Tozer, 1/5th Hants Battery, R.F.A., died of disease as prisoner of war (date unknown) on steamer en route to Bagdad. Source of information was semi-official letter from Major General C.J. Mollis to General Sir Percy Lake. Should any further information be received you will at once be notified. - Major, Exeter Administration Centre. It is significant that Lieut. Tozer has not been officially reported as a prisoner of war, neither has he communicated with his friends since April. ___ The sad intelligence was referred to at the meeting of the Ventnor District Council on Monday, a report of which appears elsewhere. Lieut. Tozer had been Town Clerk of Ventnor since April 27th, 1908, until the mobilization of his Battery on the outbreak of war. He was 34 years of age. Before coming to Ventnor he was clerk and accountant to the Rothwell (Northants) District Council, and held a commission as Lieutenant in the Northants Volunteer Regiment. At the time of his first appointment, Lieut. Tozer was, we believe, the youngest Town Clerk in England. He performed his duties at Ventnor with characteristic courtesy and great ability. What is more he took an energetic part in the life of the town apart from his official duties, although he never subordinated these for any ulterior object. ___ He did excellent work for the "Ventnor Week" a few years ago, and was most active in the enterprise for securing the Band of the Royal Fusiliers which played with such favour on the Pier and Cliffs in 1913-14. Just before the outbreak of war his efforts contributed in no small measure to the success of the visit of Foreign Editors to Ventnor. In the carnivals, too, and indeed in everything that tended to bring the town to public notice, Lieut. Tozer spared no effort, and in him the town had a most loyal and conscientious official. ___ He was the Senior Warden of the Yarborough Lodge of Freemasons, and would have been elected to the highest position at the disposal of the Lodge last year but for his absence on military duty. The members were eagerly anticipating his return home. In private life Lieut. Tozer was much esteemed for his sound qualities and to many he was a staunch and loyal friend.
Further InformationBorn 1882, Merthyr Tydfil, the son of Thomas and Emma Tozer of Penydarren, Merthyr Tydfil, South Wales.Census information :1891 : Thomas and Emma Tozer, with their children including William aged 8, are at 96 Church Street, Merthyr Tydfil. Thomas Tozer is a Loco Coal Man.1901 : Thomas and Emma Tozer, with their children including William aged 18, are at 1 Church Street, Merthyr Tydfil. Thomas Tozer is a Gardener; William Tozer is a Solicitor's Clerk.1911 : William Tozer, aged 28, is a Boarder with Mrs Bessie Lake, at Navarino, St Boniface Road, Ventnor. William Tozer is Town Clerk, Urban District Council. Also a Boarder is Henry Hughes Oakes, Surveyor, Urban District Council.Service Details :Lt William Tozer, 4th Hants Howitzer Battery, Royal Field Artillery (TF).Casualty details :Died 16 May 1916, aged 34, of disease incurred while a prisoner of war.Commemorated at Basra Memorial, Iraq.
at Thursday, February 17, 2022

“Choose for hope the sky serene, freedom Albion's cliff's so white,
And the eternal ocean's green choose we for our native right:
Blue and white and green shall span England's Flag republican.” 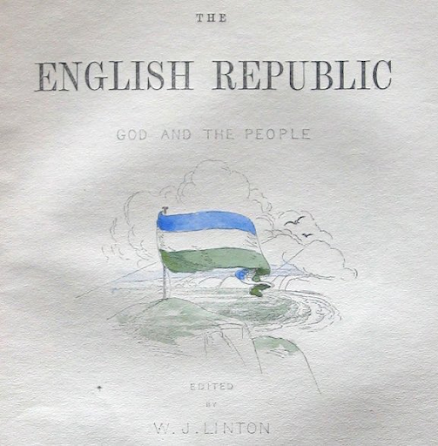 Give us heroic health
So we, despising stealth,
May make our commonwealth
Worthy of the.”