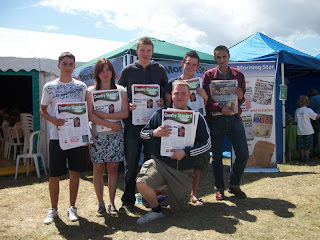 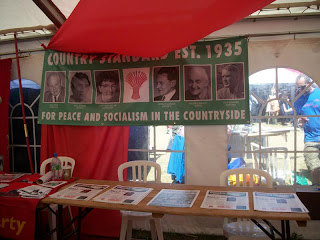 He branded her speech as "simply a manifesto of someone more interested in sitting in a comfy arm chair, sipping a gin and tonic in Whitehall, rather than a Minister who is willing to roll up their sleeves and fight on behalf of rural communities""


"Spelman's speech even failed to mention housing and the threat to rural buses, issues of crucial concern to many rural communities".


Mike Walker warned "Their is already seething anger in many rural areas, such as Cornwall and Suffolk and it is only a matter of time before this anger explodes".

Ladies and Gentlemen. When I first became an MP in 1997, I didn't know how many years we would spend in opposition.

Or how tough those years would be. But 13 years on, we've restored a Conservative Prime Minister to Downing Street - and boy do we need it!

No matter how hard I or any of my fellow MPs worked in that time, we couldn't have got here without you.

So thank you, because I know without you I wouldn't have the privilege of holding the position I hold today as Secretary of State.

And what an honour to work at DEFRA!

A department which, almost more than any other, deals with the legacy we leave future generations.

All of them go to the very heart of what sustains life.

Just last week a report by Kew Gardens confirmed that 1 in 5 of the world's plants are at risk of disappearing.

Across the world, demand for food will increase by 70% in the next 40 years.

And it's the food and farming industry which has to face these challenges.

But they were neglected under the last government.

Not just them, but the whole rural way of life - with the loss of post offices, buses and other key services.

We must put that right.

Labour left a legacy where both farmers and rural businesses have no access to the internet.

And not just them, but a whole generation of children disadvantaged simply because they can't log on.

That's why we're determined to tackle this digital divide.

The fact is Labour has run our rural areas down.

Frankly we've got to make up for lost time.

That's why our pledge to be the 'Greenest Government Ever' isn't just a campaign slogan.

It's a mission statement.

And let's make no mistake, it's one by which we will be judged.

Did we stand idly by while species on which we depend perish?

Were we looking the other way when our food supplies were threatened?

Not on our watch.

Across government we have people who are focused and passionate about delivering on our environment.

Colleagues on the panel here today, and of course my own colleagues in DEFRA - Jim Paice, Richard Benyon and Oliver Henley.

Between us we've wasted no time getting stuck in over the last five months.

We've grabbed the Rural Payments Agency by the scruff of the neck and started untangling the shambles we inherited.

A shambles that has cost taxpayers nearly £300m in fines and driven farmers to despair.

We've set about cutting away at the red tape that stops farmers actually farming.

And we're finally tackling the crisis which is Bovine TB.

A crisis which costs so much emotionally and financially.

And a crisis which demonstrates why politicians can't just duck the difficult decisions.

We're doing this so that our farmers can get on with doing what we need them to do:

Securing our food supply and stewarding our countryside!

Farmers need someone fighting their corner.

And they couldn't have a better champion than Jim.

And to prove it, we're working on new measures to help government departments buy food to British standards.

And we're working with industry on honest labelling so buyers can feel confident about where their food is coming from.

And people do care where food comes from because they want to know that it's grown without damage to the environment.

Food production is just one of the demands we place on our environment, wildlife conservation is another.

It will address the competing demands for our natural resources - and we want your views - so don't hold back.

We want anyone - wherever you live - to help define the nature of England.

The environment isn't just a national issue - on many things it's global.

Richard Benyon and I worked tirelessly to help maintain the ban on commercial whaling.

And I might tell you that was no mean feat.

But with negotiation - and what a former boss of mine used to call "elegant diplomacy" - we got there.

Just as we did when, building on the work of my predecessor, we finally secured a ban on the import of illegal timber.

And with CAP reform coming up, we're going to be fighting our corner to get a good deal for farmers, consumers, taxpayers and the environment.

That means being pro-active, engaged, and playing hardball where we have to.

We may have to do the same in upcoming negotiations in Japan on how to stop the loss of species, where what's needed is a fair deal for developed and developing countries on how and where to share them.

But ultimately, environmental protection is as important coming from the Town Hall as it is coming from Whitehall.

That's why we've asked Cllr Clare Whelan to join on our team as an official link between us and colleagues in local government.

We want to work closely with our councillors so under Lord Henley we've set up a Waste Review to help shape the services our taxpayers really want.

Our work cuts right across government.

No longer is Defra going to be ignored

Instead we're working closely with colleagues like Chris Huhne and Philip Hammond.

Working together in the national interest.

Making sure that sustainability, resilience and protecting the environment are firmly embedded in decision-making in all depts.

But the fact is, politicians can't do it on their own.

It needs everyone to do their bit.

Protecting our environment is the very essence of Big Society.

Whether it's getting directly involved by helping with our tree planting campaign, or insulating your loft - it all counts.

Even if it's just little changes.

And we want to provide incentives

It's not about a life of abstinence and inconvenience.

In fact it's the opposite.

The opportunities created by green technology will make it easier and more rewarding than ever before.

Imagine being able to turn down your central heating from anywhere in the world simply by logging onto a website.

Or using your iPhone to check the carbon footprint of your weekly shop.

I'm a bit wary of gadgets personally, but I like them when they save me time and money.

And even better if they help save the planet!

Green technology is a great economic opportunity for the UK.

If we don't seize it others will.

We're up against one of the worst financial legacies any government has inherited.

But whatever cuts we have to make, we won't lose sight of the frontline services people rely on.

When the Prime Minister addressed staff in my department he referred to it - spontaneously - as one of our key 'emergency services'.

And he was dead right.

So my starting point for making those savings is bureaucracy, waste and quangos.

I inherited from Labour a department with over ninety quangos.

In five months I've already cut that by over a third.

But that may not be enough.

The reason we're doing this is to fix our economy for the future.

We need to do the same with our environment.

It's a tough challenge, but for the sake of our children and grandchildren, one we must get right.