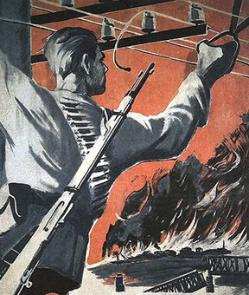 Apparently what none of us had realised is that contracting out all services (to who – they have no idea) actually increases democratic participation, delivers “better outcomes” for the people of Suffolk and costs considerably less. “A new era of people power” The Leader of the County Council, Jeremy Pembroke said.

The small fact Jeremy forgot to mention is that seeking an early reduction of 30% in budget means thousands of jobs…Suffolk County Council is by far the largest employer in Suffolk with 26,000 employees: 30% of 26,000 = 7,800 jobs.

Not much of an outcome for those workers, their families and the people they serve eh Jeremy? One irksome opposition Councillor asked of Jeremy: Why had there been no consultation with staff or their constituents? The answer “we are here to show leadership.” In other words, we won’t ask you what you want; we might tell you what you get.

Unsurprisingly the usually laid back people of Suffolk showed that they don’t want this; lobbies of Council were maintained all day and TV cameras had real difficulties in finding anyone to support such a scorched earth policy.

The Council says it needs to make savings but they haven’t looked in detail at the services they provide, they haven’t considered any alternatives, they are pursuing the Tory ideology of Public Bad, Private Good: So much for the Big Society?

Helen Muddock, branch secretary of the Suffolk county branch of UNISON, said: "Over the following weeks and months we will be working to protect services we all value within our community and the jobs delivering them to the old, young and the vulnerable.

"Today's decision amounts to a blank cheque given to the administration of Suffolk County Council to dismantle local public services as we know it."

Now the hard work begins, we need to challenge, to make links with the community; this is a fight we can’t afford to loose. Undoubtedly other councils will be watching, waiting to see if they too can get away with it.