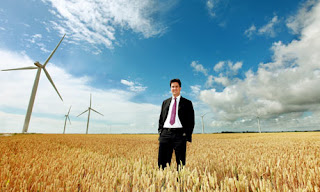 I'll Stand Up For Rural Workers

I am deeply honoured that many unions have chosen to endorse me to be the next leader of the Labour Party. I know our party has to change profoundly to win back the support of working people. I am determined to make that happen.

The importance to rural workers of getting rid of the Tory Lib Dem coalition is clear from its decision to scrap the Agricultural Wages Board. This will massively undermine the wages, conditions and the living standards of people working in the agricultural industry It's a shocking betrayal of people who work hard and deserve a decent day's pay for a decent day's work.

And it's not just agricultural workers who are at risk from the coalition's plans. Already 25 leading conservation groups have warned the cuts "could have profound and perhaps irreversible consequences for wildlife, landscapes and people".

But I know we won't win back people's support just by opposing cuts. We need to show that we have changed as a party - a new face on the same policies won't do. We did some great things in government – like the minimum wage, tax credits, transforming of public services. But we also made mistakes, and we need to respond to that.

That is why I want a different approach to the economy. We should recognise there is something wrong when a banker who helped wrecked our economy earns in a week what a nurse earns in a year. That is why I support a High Pay Commission and a Living Wage to boost people's incomes.

We need to reduce our reliance on financial services and put the weight of government behind British manufacturing industry. We need to recognise the importance of unions and improve representation in the private sector in particular.

And it's not just on the economy that we need to change to win. We didn't do enough to tackle the shortage of affordable housing that, especially in rural areas, is having a devastating effect on communities.

Young people in particular are priced out of the market, often thanks to the rise of second homes. We need to ensure there are enough homes, starting by letting councils build more housing for local people.

We need to do more to improve public transport, which in rural areas is often non existent or under threat.

I am standing to be leader of the Labour Party because I want to ensure our party is, once again, the party working people can rely on. I want our party to build on the link with trade unions so we can better respond to people's concerns and fight for their interests.

I want to reconnect with those whose support we lost and enable a Labour government to once again make this country a fairer place to live and work.