In Jersey, unions are campaigning against cuts, due to begin next year. A comprehensive spending review led to plans to cut £50 million by 2013 from a budget in which planned spending for 2010 is £618 million. At the end of July, public sector workers were given two months to apply for voluntary redundancies.

A coalition of unions is campaigning for the cuts to be withdrawn, and instead for a longer (5 years) period of reforms of services and taxes. During this period, the island’s £500 million strategic reserve would be more than adequate to meet the deficit. Their campaign will involve a mass canvass of the 80,000 population of the island, by placing a questionnaire in Jersey’s newspapers and carrying out a street survey.

Meanwhile, the people of the Scilly Isles are in revolt against the "Conservative" leadership of the island's who have awarded themselves big pay rises (following Tories in Barnet) 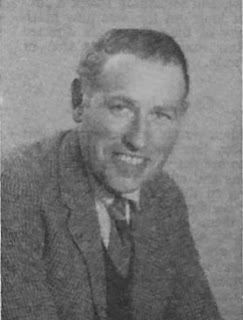 Born in Jersey in 1922, Norman le Brocq is famed in the Channel Islands for his participation in the resistance to German occupation in the Second World War. This was notable in that much of local society, especially amongst the establishment, were pretty collaborationist in outlook.
Le Brocq, who was a skilled stone mason who had joined the Transport and General Workers Union before the war; despite his relative youth at the time one of the key figures of the resistance. The conditions of extreme danger that applied during the occupation necessarily limited the numbers involved. Of course, the Nazis declared unions illegal and the T&G went underground. The Communist Party had only six members, three left for the mainland and the secretary, Les Huelin, and le Brocq hid the Party’s duplicating machine in an attic belonging to the latter’s great-aunt. The first leaflets they made were for the illegal T&G. By the end of 1941, they had set up the Jersey Democratic Movement (JDM) with a group of left socialists. In 1942, the Jersey Communist Party was reformed. Leaflets for all three organisations were produced in runs of three to four hundred at a time throughout the rest of the war.
The anti-fascist organisation, the JDM began with a group of only 7 people, which by 1945 had grown to 18. The JDM, or to be precise mostly the Communists in it, made contact with Soviet and other prisoners of war, involved in forced labour projects on the islands and provided support, information and sustenance to them.
Anti-fascist bulletins were printed and distributed, even in Russian - to keep up the spirits of the Soviet prisoners in the slave camps on the island. Bulletins were also produced in German. Small acts of sabotage reminded the Germans that not everyone was apathetic; their role is a reminder of what the reality would have been if the counter-factual history of Britain had been different. The destruction of the island’s German officers’ school, with the loss of nine lives was however a key feature in convincing the occupiers to be wary of the local resistance.
Despite the heroism of his actions as a young man, le Brocq was extremely modest about his exploits, of which he said little. He was secretary of the Channel Islands branch of the British Communist Party for much of the post-war period. He was a noted campaigner for working class rights in the field of housing and social policy in the semi-independent islands, which were strongly characterised by reactionary politics.
As with the experience in France and Italy and elsewhere, the association of the Communist Party with the anti-Nazi resistance led to a long-term post-war popularity or, at the very least, widespread respect for Communists. As the Communist Party’s leading figure, this remarkable man was held in extraordinary high regard in his community. So much so that he was able to win election to the Jersey `States’, or parliament. This body has never known party politics and was always dominated by the successful elite, so the election of a working class Communist Party member broke many precedents all at once. Though violently opposed by the establishment and local media in his several unsuccessful but impressive attempts to gain election to the States in the 1960s, his participation from around 1970 onwards in the States earned him universal plaudits for his fair-mindedness and ability.
He was for nine years a member of the unpaid parliament under the JDM ticket, the only such candidate ever to win and topped the poll whenever he was re-elected. Le Brocq was heavily involved in a phenomenal number of local charities and was even appointed president of the Islands Planning Committee and chair of the Sea Fisheries Advisory Committee, yet maintained allegiance to communism until the end of his life.
A director of the highly successful Channel Islands Co-operative Society for 35 years, he was its respect President for 27 of those years. In those years, membership of the retail co-op grew from just over 17,000 to almost 76,000, bucking the trend of mainland co-operative development. Turnover grew by some fifty times to nearly £52 million a year. Le Brocq’s often recalled his insistence on the retention of the traditional `divi’ as the main factor in this success but undoubtedly his own leadership was highly significant. He died on 26th November 1996, aged 74.