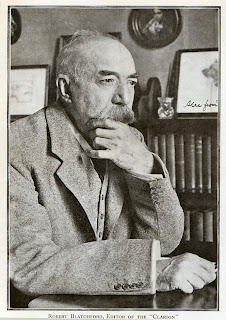 Robert Blatchford
What Socialists Want
What do we demand ? We demand that national co-operation shall displace individual competition; We demand to this end the nationalisation of the land and all the instruments of production and of distribution. We demand that our industry be organised, and that production be for use and not for sale.

We demand that our agricultural resources be developed because agriculture is more pleasant and more healthy than manufactures, because in an agricultural nation the towns would be- cleaner and handsomer and more wholesome, and because the destruction of our agriculture renders us dependent upon foreign countries for our food, and so exposes us to certain defeat and ruin in case of war.

Not the least of the wrongs of the workers is the denial to the best brain and bone and sinew of the nation of the respect due to all men by virtue of their manhood. Our workers are patronised and lectured over much.

At present the people of Britain have not only ceased to possess their own country, they have ceased to know it.

They see only brick walls, chimneys, smoke, and cinder-heaps. They are unable to so much as conceive the fairness and sweetness of Britain, They are strangers and aliens in their own land.

We regard work as a means and not as an end; men should work to live, they should not live to work. We demand for the people as much leisure, as full and sweet and noble a life as the world can give. We want labour to have its own; not merely the price of its sweat, but its due need of love and honour. In our eyes the lifeboat man is a hero, and the African machine-gun soldier " opening up new markets' is a brigand and assassin. In our eyes the skilled craftsman. or farmer is a, man of learning, and the Greek-crammed padant is a dunce. In, our eyes an apple orchard is more beautiful than the ducal palace.

In our eyes the worth of a nation depends on the worthiness of its people's lives, and not upon the balance .at the national bank. We want a religion of justice and charity and love. We do not want pious cant on Sundays, and chicanery and lust all the rest. of the week. We want a God who is fit for business, and a business that is worthy of God. We want the code of private honour and the bonds of domestic love carried into all our public affairs. We want a realisation, in fact, of the brotherhood we hear so much about in theory. Because we know the meaning of heredity and environment, because we believe that men are what their surroundings make them, we want justice for all, love for all, mercy for all.

The felon, the diseased, the illiterate are not denied." The thief on the Cross, the Magdalen at the well are our brother and sister; bone of our bone, and flesh of our flesh. If you persecute these, if you insult them, if you rob them, you rob and persecute and insult us. Without the love, the counsel, and the' aid of our fellow-creatures, the best of us were savages—little more than brutes. What we are they made us, what we know they taught us, what we have they gave us; we are theirs, and they are ours.

For me, I am of the people, and I know them. I know them to be capable of the best. I speak for them in the words of Milton : —

Lords and Commons of England, consider what nation it is whereof ye are, and whereof ye are the governors; a nation, not slow and dull, but of a quick, ingenious, and piercing spirit; acute to invent, subtle and sinewy to discourse, not beneath the reach of any point, the highest that human, capacity can soar to.

Just as by cultivation the acrid wild crab has been developed into the beautiful and luscious apple, may the unripe, ill-fed, neglected wild fruits of the fields and slums be developed 'into pure and noble and beautiful men and women.

And the means to this end are justice and freedom, and peace and culture, and love and honour from man to man.

Some day, near or far, "the slave shall cease, and the master of slaves shall cease," the hideous mirk and squalor of our modern cities shall be swept away, and in the flower-starred meadows, under the sweet blue northern sky, the men and the maids of Merrie England shall dance and sing, and “think lightly of the laws." God bless them, say I, ' these our children. We shall rest none the less peacefully under their glancing feet because we have helped to make them happy. 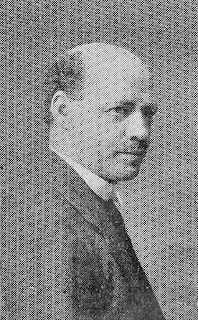