Captain Swing, the Shoemaker and the 109th Psalm

CAPTAIN SWING
THE SHOEMAKER
AND
THE 109 PSALM
In 1831 a prominent and prosperous farmer at Doveton Farm, near Hindon Wiltshire (now part of Hampshire) found himself challenged by a Swing "mob", after he attempted to introduce labour saving threshing machinery.

The price of wheat was at an historical high price and the farmers of Britain were prosperous, yet they treated their farm labourers with contempt, paid as as little as seven shillings a week, they huddled in village slum cottages, their children uneducated, unfed, forced to glean in the fields, very few had ever eaten meat.

The only time the labourers were in demand was at harvest time, when the sickle came into its own, but not satisfied with huge profits the farmers sought to introduce new reaping machinery. William Cobbett in his Political Register, had estimated that the new mechanised threshing machine could do the days work of 10 Labourers.

Mr Ellerby the most enterprising farmer in the Parish was the first to introduce new machinery, but despite warnings, he was not concerned about the impact of the machinery on the local farm labourers.

Faced with starvation and in desperation the local farm labourers rose up en masse, entered the farmers barns and smashed his new threshing machinery, Farmer Ellerby rushed out to defend his machinery and to instruct the "Swing Rioters" to leave his property.

As Farmer Ellerby confronted the crowd, shouting threats, someone in the crowd threw an object, a hammer, this object caught the farmer on the side of the head and he fell to the floor, however he was not seriously injured, when he recovered the "Swing rioters" had dispersed.

The farmer and local land owners were determined to secure revenge for the attack and put the labourers in their place. Later when the police discovered that the hammer was the property of a shoemaker in the village, he was arrested and charged with injuring with intent to murder.

The Shoemaker was tried with many other "Swing rioters" from other villages in the district at the Salisbury Assizes, he was found guilty and sentenced to transportation for life. (This would have further repercussions)

Across the country, nineteen of the, so called "Swing Rioters" were hanged and a further 600 imprisoned and 500 suffered transportation to Australia.

"The Doveton shoemaker was known to every one as a quiet, inoffensive young man, and to the last he protested his innocence, for although he had gone with the others to the farm that day he had not taken the hammer and was guiltless of having thrown it.

Two years after he had been sent away Mr. Ellerby received a letter with an Australian postmark on it, but on opening it found nothing but a long denunciatory passage from the Bible enclosed, with no name or address.

Mr. Ellerby was much disturbed in his mind, and instead of burning the paper and holding his peace, he kept it and spoke about it to this person and that, and every one went to his Bible to find out what message the poor shoemaker had sent, for it had been discovered that it was the one hundred and ninth Psalm, or a great portion of it, and this is what they read:--

"Let the iniquity of his fathers be remembered with the Lord; and let
not the sin of his mother be blotted out.

"Let them be before the Lord continually, that he may cut off the memory
of them from the earth.

"Because that he remembered not to show mercy, but persecuted the poor
and needy man, that he might even slay the broken in heart.

"As he clothed himself with cursing like as with a garment, so let it
come into his bowels like water, and like oil into his bones.

"Let it be unto him as a garment which covereth him, and for a girdle
wherewith he is girded continually.

"But do Thou for me, O God the Lord, for Thy name's sake. For I am poor
and needy, and my heart is wounded within me.

"I am come like the shadow when it declineth: I am tossed up and down as
the locust.

"My knees are weak through fasting; and my flesh faileth of fatness."

From that time the hundred and ninth Psalm became familiar to the villagers, and there were probably not many who did not get it by heart as there was no doubt in their minds of the villagers of the poor shoemaker's innocence.

Every one knew that he was incapable of hurting a fly. The crowd had gone into his shop and swept him away with them--all were in it; and some person seeing the hammer had taken it to help in smashing the machinery.

Mr. Ellerby had known in his heart that he was innocent, and if he had spoken a word for him in court he would have got the benefit of the doubt and been discharged. But no, he wanted to have his revenge on some one, and he held his peace and allowed this poor fellow to be made the victim.

When Farmer Ellerby died, his eldest son succeeded him at Doveton Farm, and he and the other sons got married, and there were no children, or none born alive, they went back to the Psalm again and read and re-read and quoted the words: "Let his posterity be cut off; and in the generation following let their name be blotted out." the villagers as the Ellerby's knew that the curse was on them!

Alas! it was; the curse was their belief in the curse, and the dreadful effect of the knowledge of it on a woman's mind--all the result of Mr.Ellerby the father's fatal mistake in not having thrown the scrap of paper that came to him from the other side of the world into the fire.

All the unhappiness of the "generation following" came about in this way, and the family came to an end; for when the last of the Ellerbys died at a great age there was not one person of the name left in that part of Wiltshire."

HINDON SWING RIOTS 1830
AND THE MURDER OF
JOHN HARDING

Hindon in Wiltshire had been one of the major centre's of Swing Riots in 1830, many of those involved were sent in prison hulks to Tasmania. While some were inspired by the French revolution and some of those leading the riots wore the sash of the revolution, while others flew the new French Republican flag from hilltops, the labourers main motivation was simply for a fair wage and enough food for them and their families to live upon. 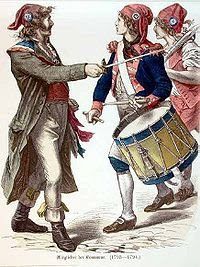 At Pythouse, Hindon, Wiltshire (now Hampshire) , John Benett the local Tory landlord, magistrate and MP is reported as confronting a Swing crowd, Calling upon them to inform on the leaders and offering them money to do so,Benett speaking to one young man in the crowd who wore a particoloured sash across his body (this must surely have been a red, white and blue sash of the French revolution) . The young man Charles Jerrard was the son of one of the leaders, also known as Charles Jerrard.

Benett stated, ‘I am sorry to see you with that sash on. I entreat you to get into the rear, for an example will be made of some of you, and I should be sorry to see so young a man as you in a sad scrape.’ He added, ‘Young man, that sash will hang you.’ To which Jerrard replied, ‘I don’t care about hanging. I don’t care.’

Using costumes, red hats (Phrygian Cap), rosettes, badges, sashes, flags and singing the Marseille from the French revolution, seems to have been one of the most powerful acts of rebellion and defiance the oppressed had in scaring the ruling class of England.


The local landlords sent for the Wiltshire Yeomanry and on November 25th 1830, a crowd which included John Harding, was attacked and he was shot dead, six others were injured, fingers were cuts off and skulls broken by the Hindon Troop of the Wiltshire "Cossacks" Yeomanry.

Despite supposedly being "independent horsemen" the Hindon troop were infact supporter of the local Tory landlord, magistrate and Tory Member of Parliament, John Benett, who the Swing rioters had targeted because he was already hostile to the labourers, having declared in Parliament that if they got rights he would tear down their cottages, and had deliberately kept his labourers in adjunct poverty, Lord Arundel who farmed close by stated "that it was a Parish which the poor have been more oppressed and are in greater misery as a whole than any parish in the Kingdom"
At an inquest at Tisbury, death by justifiable homicide was returned on John Harding, coroner refused to grant a warrant for burial stating that the man's action was fel de se (suicide). Henry Hunt stated in Parliament that the foreman of the jury was a father of one of the Yeoman. Surely, it is time we marked the sacrifice of John Harding, allegedly the only man to be killed at the hands of the military during the Swing Riots, of course hundred of others were forced intostarvation, brutalised, injured, maimed, transported to Australia.

The Swing Riots of 1830 have been commemorated in Salisbury with a plaque at the city's Guildhall where rioters from north Dorset and Wiltshire were tried.

"This plaque commemorates the agricultural labourers who were subject to trial here during 1830 and 1831. These pauper labourers demanded a minimum wage and an end to rural unemployment.

"They turned to riot as their only means to find a voice and their actions inspired others to rise in protest, such as the Tolpuddle Martyrs.

"Their treatment was very harsh and I am pleased we can have this plaque as a permanent reminder of what they experienced."