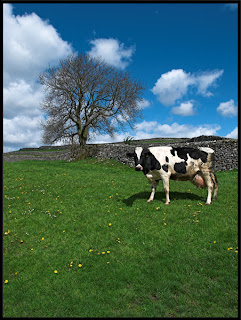 Families living and working in rural areas will be hardest hit by the Government’s plans to cap benefit increases, ACRE (Action with Communities in Rural England) has warned.

The charity says the higher cost of living in the countryside means rural communities will bear the brunt of the proposals, which limit annual rises in working-age benefits to one per cent for the next three years.


Figures from the Office of National Statistics (ONS) show weekly spending by rural households (£510.50) is more than £50 higher than that of urban households (£458.30), while research from rural insurer NFU Mutual shows inflation in the countryside is twice the national average.


The ONS Family Spending study for 2009-11 suggests it costs £2,700 a year more to live in the countryside than it does in a city. The biggest difference is spending on transport (£77.40 per week in rural areas and £58.80 in urban areas), with countryside communities relying heavily on cars.

Benefits set to be affected by the changes include jobseeker's allowance, employment and support allowance and income support, as well as elements of working tax credits and child tax credit.

ACRE’s Director of Policy & Research Nick Chase said: “There is no doubt that these latest Government proposals are a harsh blow to those low-paid rural families who are already struggling to make ends meet. A cap of one per cent - significantly below the level of inflation – is a cut in real terms.

“Inflation in rural areas is twice the national average, with communities having to contend with higher prices for everyday goods and soaring fuel costs.

“Countryside residents are heavily dependent on their cars due to a lack of public transport, typically having to travel twice as far to reach their nearest shops, banks and post offices as their urban neighbours.

“Rural dwellers are also hit by the comparatively high cost of heating oil, which is often used as a substitute for gas, as many rural villages are off the grid.

“We are calling on the Government to seriously consider the impact of benefit cuts on rural communities before rubber-stamping these proposals.”

ACRE, the umbrella organisation for the 38 members of the nationwide Rural Community Action Network (RCAN), says its in-depth studies show there are hidden pockets of deprivation in the English countryside.


In ACRE's work understanding the socio-economic picture in rural communities, analysis of evidence at a more detailed level reveals a greater proportion of disadvantaged rural residents than is shown in standard approaches, which focus on concentrations of deprivation in urban areas.

Mr Chase added: "In rural areas poverty, although dispersed, is increasingly significant. Rural residents' circumstances remain largely hidden. Affluence and poverty exist side-by-side and the problem - the higher cost of living - is not picked up in standard approaches to allocating resources and funding."