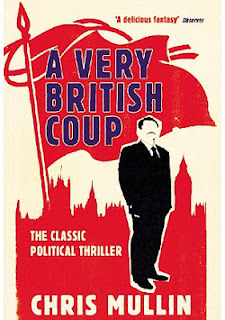 It's clear from that indomitable Cornish campaigner for Democracy Cllr Andrew Wallis, that the Senior Officers at Cornwall council are still trying to rest power away from elected councillors, in their vain attempt to ensure mass privatisation of Council services goes ahead in Cornwall prior to the May 2013 Cornwall Council Elections.

Cllr Wallis recently blogged the following important communique, which we reproduce here in the interest of securing a wider audience for his grave concerns at what we at Country Standard see a yet another half backed "coup" attempt by Senior Officers of Cornwall Council.

It's time Councillors seized back the power from un-elected officers of Cornwall council, this situation cannot be allowed to continue.

Cornish Jim Speaks out on the Hard-sell of Shared Services

The new Cabinet Leader of Cornwall (Conservative Jim Currie who took over from pro privatisation former Tory leader. Ed) has taken the unprecedented step of sending all Councillors an email quashing a ‘rumour’ that he is now in favour of the outsourcing plans with BT. However, it is not just the rumour part of the email, but claims of hard sell and information not being forthcoming.

In the email it goes on to say:

I have made it clear to senior management that, whilst maintaining circumspection, my previous attitude to the JV has actually hardened.

This situation is due to the relentless hard sell of the JV with no counter arguments. This is democratically unacceptable. Members have a right to all the evidence available and this has not been forthcoming.

When the most senior Councillor has to take steps and sends an email like this, you have to worry. Furthermore, I have been told that many staff are being briefed that the hard-JV is the only option, and even if that happens, not all jobs are safe either.

The plot thickens, and not in a good way either.