Crisis For Young Farmers As Councils Sell Off Farms - 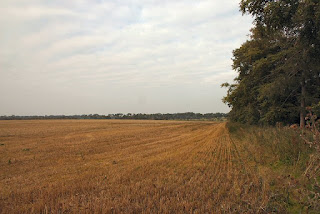 According to an investigation by the Farmers Guardian, in the last 11 years local authorities in England and Wales have sold off more than 1,000 farms.

Figures obtained by Farmers Guardian show that local authorities have been selling off holdings over the past decade, rather than letting them to new tenants.

Tenant Farmers Association spokesperson George Dunn said: “What is clear is if there were ever a farming ladder, the ladder is now broken.

“Traditionally there were opportunities for farmers to get in through the council farms.

“We need to be looking at our farms as strategic assets and harvesting profitable land over time, rather than rushing to sell off the family silver.”

"Local Authorities in rural areas have played a key role in allowing those not from wealthy families to enter farming, the selling off of Council owned farms will also deprive prospective young farmers of the opportunity to enter farming"

"DEFRA could intercede, but the Conservative run Ministry cared little for small and tenant farmers and everything about large estates and gentlemen farmers"

According to the Farmers Guardian 78% of local authorities between 2000 and 2011 had sold farms. Norfolk selling off over one hundred farms (123), Lincolnshire and North Yorkshire both sold 92 and Shropshire sold 62.