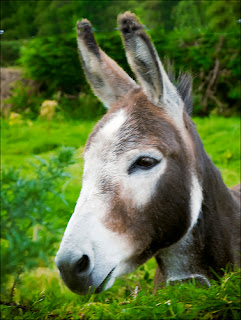 On a recent Country Standard education tour of rural Ireland, participates were interested to discover the history of one of Ireland’s most iconic farm animals, the humble Donkey, surely nothing can portray rural Ireland in bygone days as the “turf” donkey.

While Donkey’s are now very few in number in Ireland and working donkeys even fewer still, they are still held in high affection.

However, the image we have of the working donkey's in Ireland maybe a little more recent than people may possibly imagine, for while Donkeys are believed to have been introduced to Britain by the Roman’s, only a few references refer to Donkey’s in Ireland and those date from the sixteen hundreds onwards.

It was in fact not until the Peninsula wars. The Peninsula war (1808-1814) was a war between France (Napoleon) and the allied powers of Spain , Great Britain and Portugal for control of the Iberian peninsula. (As anyone who watched the TV series Sharpe or Goya’s painting The Third of May 1808 would know.

During this War, The British army was commanded by Lieutenant-General Sir Arthur Wellesley (Later famous as the Duke of Wellington, who had been born in Ireland (24 Upper Merrion Street, Dublin now the "Merrion Hotel").

This Irish connection may also explain the staggering high statistic quoted with regard to the Irish contingent within the British Army fighting in the Peninsula war, an incredible 40% of the Army were Irish men.

A little less known fact was that huge numbers of the horses and ponies for the War also came from Ireland, indeed such was the shortage of horses in Ireland that it was forced to import large numbers of Donkey’s to replace the loss of horse power in rural areas.

This rather recent arrival of the donkey, would seem to conflict with the iconic image of the donkey in Irish life.

Until recent times, no overseas holidaymaker to in Ireland would have left without securing a post card of a donkey next to a Irish Colleen with her beautiful shawl. likewise a prized souvenir model of gold plated donkey on a plinth of Connemara Marble to go with your miniature Guinness bottle.

Today, most donkeys, even those on Irish farms are kept as reminders of bygone days. 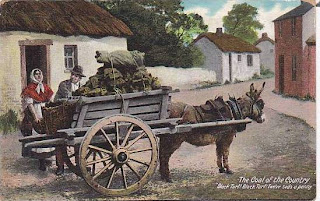 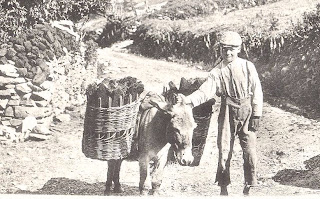 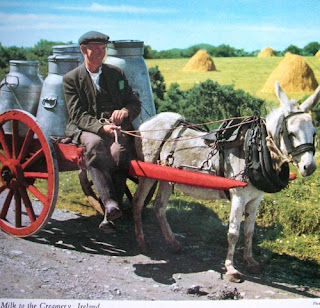 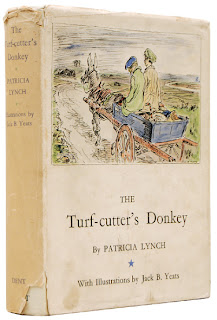 
One Irish man who  fought under Wellington in the Peninsula War was David Bloomfield from
Clogher , County Tyrone, who was a Sergeant in the Cornish 32nd Foot Regiment


headstone. View from the south of the Cathedral. The inscription reads: 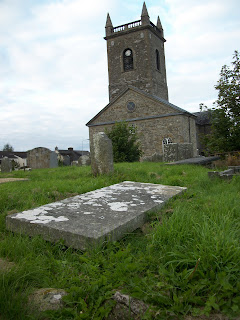 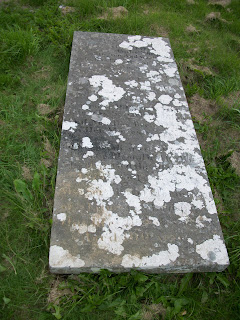 The Zion Muleteers of Gallipoli