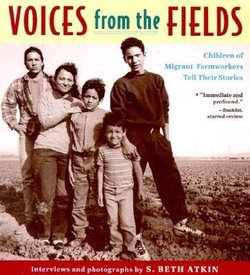 The Government is set to abolish minimum wage rates for children working for summer jobs on farms and in the countryside. School age children (under 16) currently receive £2.98 an hour under the Agricultural Wages Board. The Government is planning to abolish the Agricultural Wages Board as part of the Public Bodies Bill currently before Parliament. Ministers claim that farm workers will be protected by the National Minimum Wage but the minimum wage does not apply to children under 16.

Labour Shadow Environment Secretary Mary Creagh challenged the Farming Minister, Jim Paice on protection for farm workers during an exchange in the House of Commons on Thursday 30th June. She said that the Agricultural Wages Board guarantees farm workers benefits such as bereavement pay and sick pay which is roughly £180 per week for a grade 1 farm worker whereas statutory sick pay is just £81.60 a week. She told the minister that children working on farms who are not covered by the National Minimum Wage will lose their wage protection if the Agricultural Wages Board is abolished.

Speaking after the exchange in Parliament Mary Creagh said:

“Many children benefit from summer jobs in rural areas, but we need to make sure that we have fair wages for farm workers, whatever their age. The Government’s reckless decision to abolish the Agricultural Wages Board, in place since 1924, will lead to a race to the bottom for some of our lowest paid workers. It is astonishing that Ministers are unaware that children will have no wage protection from the national minimum wage and have no plan to protect child workers from exploitation.”