Franklin: Three Ways For A Nation To Aquire Wealth

Franklin: Three Ways For A Nation To Aquire Wealth 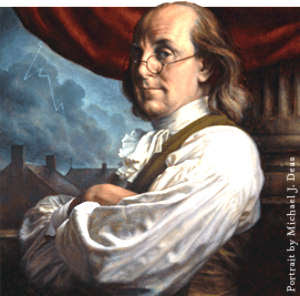 "There seems to be but three ways for a nation to acquire wealth: the first is by war, as the Romans did, in plundering their conquered neighbours—this is robbery;

the second by commerce, which is generally cheating;

the third by agriculture- the only honest way, wherein a man receives a real increase of the seed thrown into the ground in a kind of continuous miracle. ."