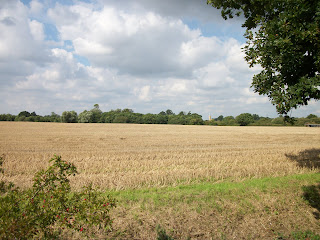 Barclays 'making up to £340 million profit' on food price speculation

Barclays could be making as much as £340 million a year in profit through gambling on the price of key commodity crops like coffee, sugar and wheat, the Ecologist has learnt.

By creating funds to allow investors to speculate on the price of food, in the same way they would invest in the shares of a company, Barclays and others are able to bet on the price of food. However, food commodity trading is leading to higher and more volatile prices, say campaigners, which affect poor families in the less industrialised world the hardest as they can’t afford basic foods and also make it more difficult for farmers to plan and invest.

A World Bank report in February showed an extra 40 million people had been pushed into poverty as a result of rising food prices since June 2010.

An analysis of Barclays’ involvement in food speculation, commissioned by the campaign group World Development Movement (WDM) - and seen by the Ecologist - has found it to be the dominant figure in the UK both in terms of the estimated volume of trading and risk it is allowing its traders to take.

From a position of relative obscurity, Barclays Capital, the investment arm of the high-street bank, has rapidly increased its involvement in commodity trading and become not only the market leader in the UK but the third biggest trader globally, behind Goldman Sachs and Morgan Stanley.

It boasts on its website to having had a ‘rapid’ expansion in its commodities division in recent years and says, ‘if you are seeking exposure to commodities as an asset class, we can offer you an extensive and innovative suite of products’. According to the WDM report these products include the risky proprietary trading or ‘prop trading’ where traders aim to make money by betting on particular outcomes in the prices of an asset. Barclays is also known to have developed products that allow pension funds and other financial players to bet on food prices, opening up the market to even more speculation.

‘Barclays are proud to be the UK’s number one food gambler,’ says WDM food campaigner Heidi Chow. ‘They are not only making large amounts of profit from pushing up food prices but they are also actively finding new ways for other financial institutions such as pension funds to further flood the food markets with speculative cash, making a serious situation even worse.’

In a previous report, WDM highlighted how the price of coffee jumped by 20 per cent in three days in 2010, after a trader called the bluff of hedge funds that had made millions by selling coffee contracts and betting on the price to fall. This left hedge funds scrambling to buy actual coffee beans, and the price shot up from the extra demand.

Barclays Capital has refused to explain the extent of its involvement in food commodity trading but the report says it is ‘generally regarded to be a lot more aggressive in risk-taking than other UK banks’. An analysis of its risk-taking by the report placed it third behind Goldman Sachs and Morgan Stanley over the past two years – an indication of the huge profits it is generating. ‘Put another way, if the commodities division was not a highly profitable enterprise, Barclays Capital would not let it take such risk,’ says the report.

Investment banks are notoriously secretive about the revenues and profits they make from commodity speculation although US investment bank Goldman Sachs was estimated to have made more than $1 billion from commodities trading in 2009. The WDM report estimates that Barclays could be making as much as £340 million a year from food speculation.

A spokesperson for Barclays Capital, who was shown a copy of the report, refused to confirm or deny how much profit it makes from trading in food commodities. They 'declined to comment’ on the report’s findings.   Ahead of Barclays AGM next month, WDM is planning protests at Barclays high street branches to expose the bank’s involvement in pushing up food prices around the world. It wants the UK to back EU plans to reform its rules governing investment trading and curb ‘excessive commodity price volatility’.

‘Excessive speculation must be reigned in. We are calling for the government to stand up to the banks and back vital European legislation that will curb this greedy behaviour for the good of us all,’ says Heidi Chow.