OFFICIAL: Cabinet of Millionaires funded by the City 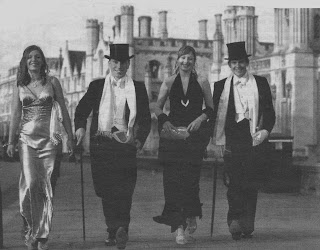 The Financial Times have reported that the ‘Conservative party has attracted a surge in donations from London’s Square Mile, with funding from financiers and City firms accounting for more than half of the £22.5m the party pulled in last year’:
http://www.ft.com/cms/s/0/132d302c-33c1-11e0-b1ed-00144feabdc0.html#axzz1DXS2sTAz

As the Committee on Standards in Public Life concludes its inquiry into party political finance with a final hearing in London next Tuesday, don’t hold your breath waiting for it expose let alone outlaw the symbiotic relationship between the City and the Tories.

We will also witness the spectre of City bankers. who got us into this mess and who we bailed out, get multi million pond bonuses

Lord Oakeshott spoke out on the Governments negotiations (project Merlin) with the banks on capping their profits and bonuses, stating:

‘If this is robust action on bank bonuses, my name’s (Barclays boss) Bob Diamond and I’m going to claim my £9million bonus next week.’

He said the Treasury ‘are being taken for a ride’, accusing Treasury officials of ‘an awful combination of arrogance and incompetence’ and saying: ‘Most of them couldn’t negotiate themselves out of a paper bag.’

Unsurprisingly, Lord Oakeshott a Lib Dem Treasury spokeperson was immediately asked to resign by his Lib Dem Treasury colleagues, simply because his statements were in conflict with the views of the Cabinet of Millionaires who’s majority party, The Conservative Party is funded by bankers.