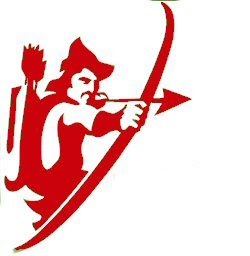 BOWS AGAINST THE BARONS
The First spark of Direct Action against the cuts was fired last night night, when Robin Hood's men slipped out of Sherwood Forest to attack the fortified enemy held stronghold of Nottinghamshire County Council head quarters. A building that contains the remnants of the County Councils Tory administration, lead by the appropriately named Councillor Mrs Kay Cutts.

Windows at the fortification were attacked, windows broken and graffiti daubed on the building, in a wilful act of resistance stating

"F**K Austerity. Fight the Cuts."
The Tories in Nottinghamshire are planning to slash and burn £100m of cuts, which will impact on a region already coping with high levels of unemployment and social deprivation, particularly in former mining villages.

Council leader Kay Cutts condemned the vandalism as "absolutely disgraceful.""This mindless vandalism is not going to help our cause at all," she said.

We at Country Standard say, The Coalition has no mandate for cuts, no one voted for them at the General or Local Elections, so if you deny the people their democratic rights, you will see revolt.

Bows Against the Barons

Bows Against the Barons is a novel by Geoffrey Trease
at Thursday, October 14, 2010