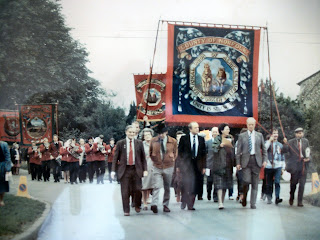 Tory controlled Norfolk County Council will axe 3,000 jobs. The Youth Service will be axed. The council will be responsible for clearing fewer countryside footpaths. Funding will be reduced to the arts, rural bus services and park and ride.

But in a sign of emerging grassroots concern at the direction the coalition government is taking, the cuts were described as a “horror story” by the opposition Liberal Democrats.

Nearly a third of council staff will be affected by the changes, with 1,700 who work in adult social care being transferred to Norse, the authority’s commercial wing, and the remaining 1,300, facing the very real prospect of redundancy.

Proposed cuts in council services include:

£6m a year on spending on prevention services for older people;

£1.2m by cutting subsidies to the meals on wheels service;

£4m scrapping funding for youth services which supports up to 20,000 children;

£2.4m a year cuts to look after children in care;

£2m by scrapping subsidy for school and college transport for over 16s – leaving parents and carers to pick up £784 a year bill;

£2m from the park and ride budget, which could see some sites closed;

£2m by reducing the size of the core bus network and relying on more “dial-a-ride” services particularly in rural areas.

As previously reported in the EDP the council is also actively considering privatising its adoption service, and is also looking at tightening up the “eligibility criteria” affecting 35,000 older people receiving care by a switch to “critical only”.

The Tories are rushing into an ideological crusade to help the coalition government create a smaller state.

UNISON stated that staff were shocked and upset at the announcement, which would disproportionately hit rural communities.

Join The Norfolk Coalition Against The Cuts ! 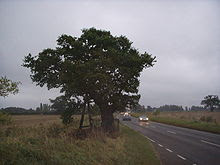 In 1549 Robert Kett rallied the men of Norfolk against the ruling class under the Oak at Hethersett, Wymondham, Norfolk. (Which still stands)

Men (and Women) of Norfolk Arise !