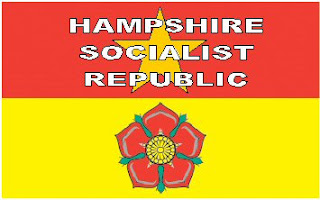 Communities in Hampshire are bracing themselves for a "devastating" blow after the Tory head of children's services said that he will slash over £25 million from the department's budget.

Councillor David Kirk announced that 185 jobs - 6 per cent of the workforce - will go as a response to the government's decision to cut grant funding.

He said that £6 million will come out of the budget immediately and £24m from April 2011, leading to job losses in areas including social services and youth support.

Public services union Unison warned on Thursday that it would swiftly consult members on what action to take against the cuts.

The county's children's services department has received grades of good and outstanding in successive inspections over the past few years, but growing numbers of looked-after children and demand for home-school transport signal the need for further investment.

Andover Trades Union Council secretary Derek Kotz warned that the department was "being run on a shoestring already and these cuts will hurt some of the most vulnerable in our society."

And while Cllr Kirk claimed that he was committed to keeping the county's young people safe and maintaining a "vibrant educational system," Unison regional organiser Peter Terry pointed out that it was a "fallacy that cuts as deep as this can be made without affecting frontline services and the people who really rely on them."

He added that it was a "myth that public services are bloated and can take these kind of cuts. Hampshire County Council is hiding behind the smokescreen of the public deficit, but it deliberately made the decision not to invest in public services and not to increase council tax."