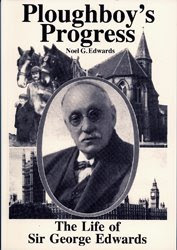 Every year the East Anglia District of the Methodist Church joins with the Norfolk Branch of the Rural Section of TGWU/UNITE to commemorate the life and work of Sir George Edwards O.B.E., the Methodist preacher who in 1906 founded the union which was to become the National Union of Agricultural Workers.

Born at Marsham near Aylsham, Norfolk 5th October 1850, George Edwards was the youngest child of a Norfolk farm worker. Obliged by the poverty of his parents to start work (scaring crows) at the age of six, he was deprived of any chance of receiving a formal education. When he first became a preacher in the Primitive Methodist Church he could neither read nor write and his wife had to teach him the scripture lessons by rote. He nevertheless went on to achieve national acclaim as a union leader and in 1920 he was elected to Parliament as Labour M.P for South Norfolk. 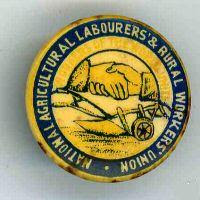 When he was four years old George, with his mother and siblings, had to spend the winter in a workhouse when his father was imprisoned for stealing turnips from his employer’s field. It is fitting, therefore that the event to commemorate him is held in the chapel of Gressenhall Farm and Workhouse Museum of Norfolk Life George Edwards died on the .

The event seeks to provide an historical context for issues affecting land workers in the rapidly changing agricultural industry of the 21st century.

The 2009 event, to be held on Saturday 27th June (2.00 p.m.), will focus on the topics of migrant workers and the gang-master system. The meeting will be chaired by Revd Graham Thompson, Chair of the East Anglia District of the Methodist Church, and the speakers will be Mr. Stan Newans, labour historian and former MP & MEP, and Revd David de Verny, former chaplain to migrant workers for the Diocese of Lincoln. 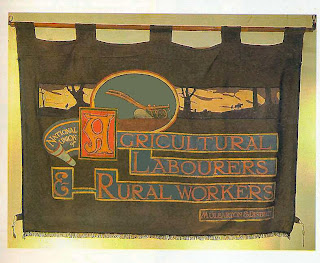 Mr. Newans will provide an historical perspective by outlining the effects of the Great Depression of the 19thCentury which led to the exploitation of workers, including the (mainly Irish) migrant workers, employed in agriculture at that time. Mr. de Verny will use on his own experiences as a chaplain to illustrate the problems encountered by migrant workers today and to initiate a discussion on these issues..


The admittance fee for the event is £2.30 (giving admission to site after 12.00 midday only) or for an additional charge, you can take in the Gressenhall experience for the whole day. Tickets for the event will be available at the door or may be reserved in advance (tel: 01362 869 251). All day ticket information is available on 01362 860563.

A Traidcraft stall will offer fairly traded goods from Third World producers, and a book stall will be selling Larks Press publications including the a recently published edition of George Edward’s autobiography “From Crow Scaring to Westminster”. There will also be an exhibit by the Wesley Historical Society which, in collaboration with Unite, has arranged with the Post Office for the production of a ‘first day cover’ to commemorate Sir George.