Arch in Essex and Norfolk 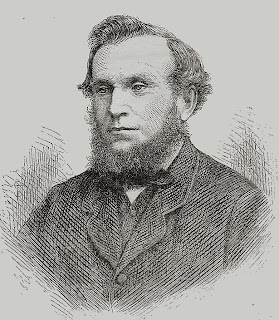 "I read in the Land Worker recently April 1950 about the worker (Charlie Davis) who knew Joseph Arch in 1892. I have very vivid memories of Joseph Arch way back in the seventies and right on to 1894. I still have some of my cards of membership in Arch's union (The National Agricultural Labourers union estb 1872), and several copies of the English Labourers' Chronicle, the official organ of the union.

I can recall some very striking occurrences in connection with Arch and his union. In those far-off days my home village in was the centre of a very wide district, and we often had Joseph Arch there and also many of his associates.

A member of our family, D. Sage, whose home was at Tibenham, , was at that time the organiser for Arch's union in , and settled at Grays.

He must still be remembered by a good many of the old farm workers in . Each year he came to address a union demonstration in , and stayed at our home. I used to be greatly interested in hearing him speak about his adventures and in describing the opposition he met with.

I have a copy of the English Labourers' Chronicle with a long report of a speech he made outside the Bell Inn, Peering, . I have had a lifelong acquaintance with village trade unionism, not only Arch's movement but those which succeeded it."