The first know visit of the Clarion Van to Dronfield, Derbyshire

He was President of Sheffield Trades Council 1917-18

A. E Chandler (Sheffield Railway Clerks Assoc at the RCA Conference in Hull 1910, stated "The time has arrived when the means of production and distribution of wealth should be owned and controlled by the people and worked in the common interest of all the Workers."

The state violence used against the railway strikers of 1911 also left an impression. he argued for trade unionists to arm and drill themselves in order to prevent a repeat next time.
Chandler lived at Unstone - his brother Leon Gambetta Chandler stood as as socialist in March 1910 election Urban Council for Dronfield for the Socialist Party 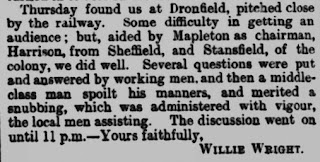 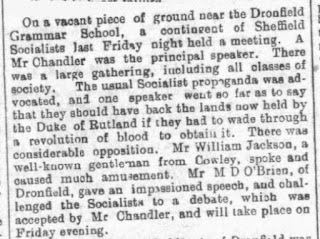 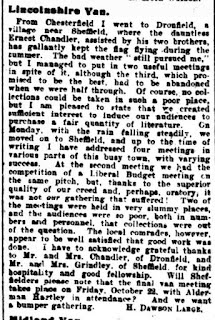 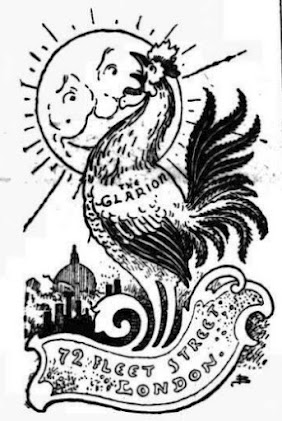