The RKB was founded in Offenbach am Main in 1896 as the “Solidarity Workers-Cyclists Association”.

The federal RKB office was initially located in Chemnitz, in 1907 the association moved its headquarters to Offenbach am Main. In the Weimar Republic, the ARB was the largest cycling association in the world with several hundred thousand members.

“Solidarity” boomed in the 1920's. The association had its own bicycle factory, its own shops and an extensive social security system with accident, liability, bike theft and legal protection insurance. Depending on the length of membership, the bereaved even received support in the event of death.

The Rad- und Kraftfahrerbund Solidarität, which with over 300,000 members (organized in 5,000 local groups was the largest workers 'sports club in the Weimar Republic, played a major role in the organization of the Frankfurt Workers' Olympiad from July 24 to 28, 1925.

In May 1933 "Solidarity" along with the whole German trade union movement was banned. “Solidarity” refused to join the National Socialist “German Cyclists Association”, unlike the functionaries and members of the “Association of German Cyclists”, who to a large extent joined the Nazi association.

The Nazis confiscated the property of "Solidarity". They expropriated the Bundeshaus with the bicycle house "Frischauf", a bicycle factory with an annual production of up to 20,000 bicycles and sales branches in many cities, and fired the employees. A number of Solidarity” members fell victim to the Nazi regime as a result of their commitment to anti-fascism and the German Resistance movement 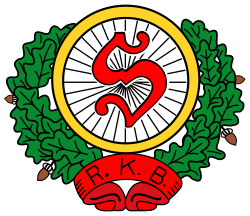 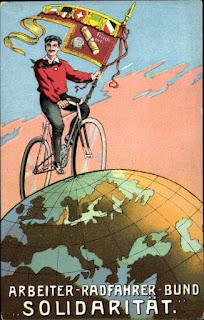 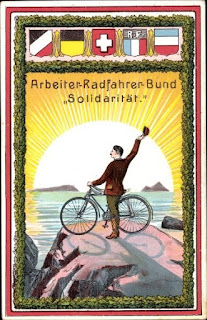