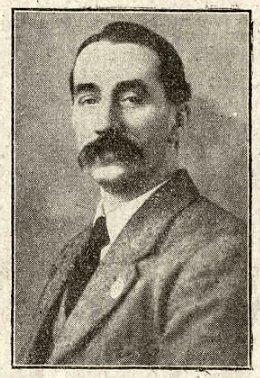 "His was a fighting temperament, and these were fighting days"

James Lunnon born into grinding poverty in London in 1869, this included spells in the workhouse. His parents from Bourne End, Buckinghamshire (it is stated his father died when was just six)

Thus, aged just six he became an errand boy for a grocer at 1s6d a week

As a result of poverty he was forced to leave school aged 12 and later became a commercial traveller.  But moving to the east of England he became in turn a gardener, ploughman and small holder in Norfolk, making himself proficient in all aspects of farming.

In 1897 Lunnon became involved with agricultural workers union and in 1913 became the National union of Agricultural Workers first national organise, at the suggestion of Katherine Bruce Glasier . He was based initially at Shrewsbury and later Bisley (Stroud)around 1914 and then Taunton.

Lunnon was responsible for Tom Higdon's (Burston school strike) tours of the South West which lead to the establishment of so many branches of the union including Dorchester and Tolpuddle in 1917. By July 1918 Dorset had 19 branches and 2,000 members, 350 members at Dorchester with Fred James as Branch Secretary.

He was secretary of Taunton Labour Party where he lived with his wife Jessie Thompson Bond (a militant WSPU suffragette and ILP member from the age of 19 in Wallasey).

He resigned as national organiser of the union in 1925 and moved to Edlesborough, Buckinghamshire (Ivinghoe Beacon) living at Beacon Lodge and became a Parish council in 1931 and was Parish Chairman for many years in the early 1940's . He stood in the County Council elections of 1946 for Cheddington-Ivinghoe division ans was a member of the St Alban's party

Appointed Justice of the Peace 1940

He was a member of the Society of Friends