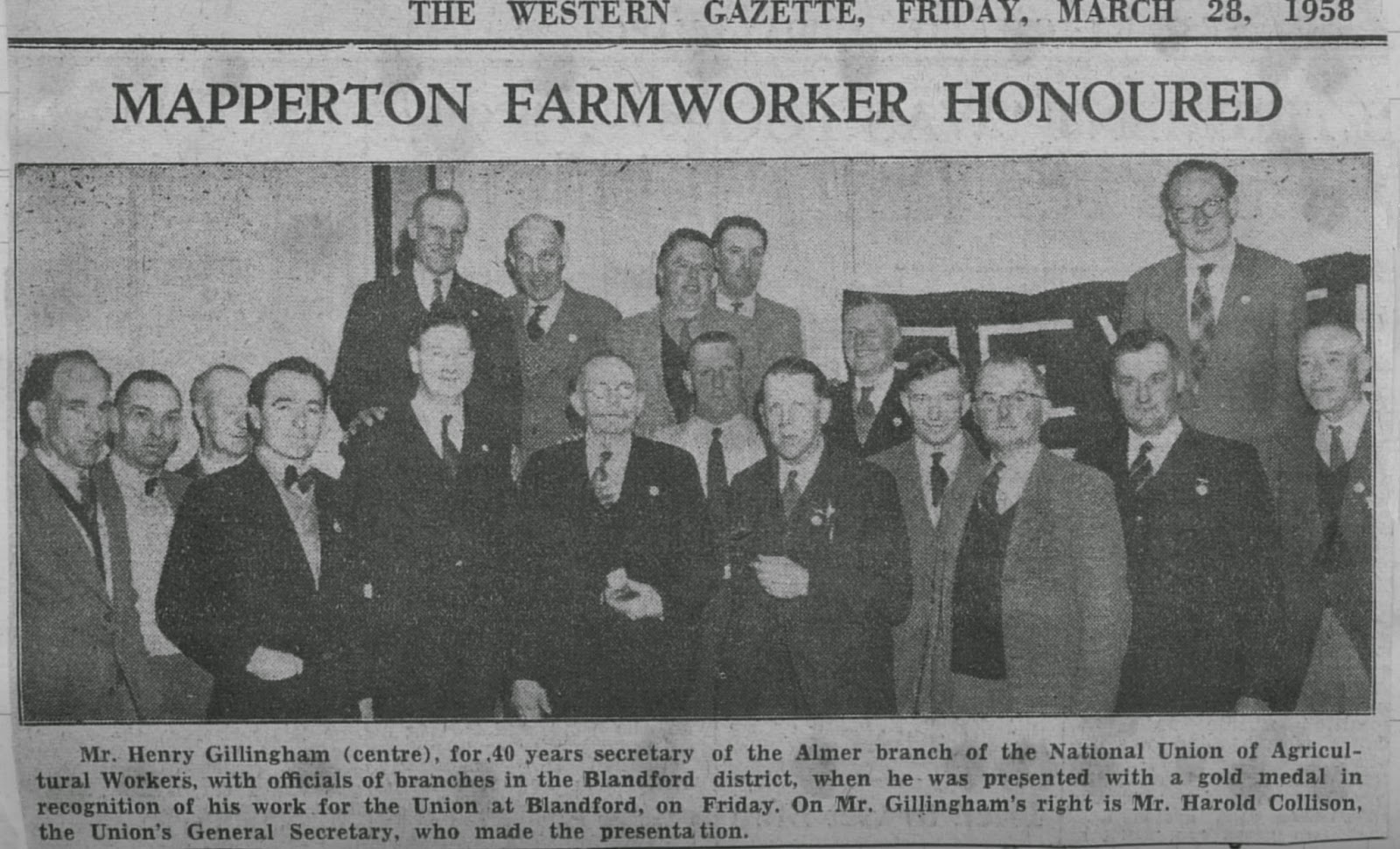 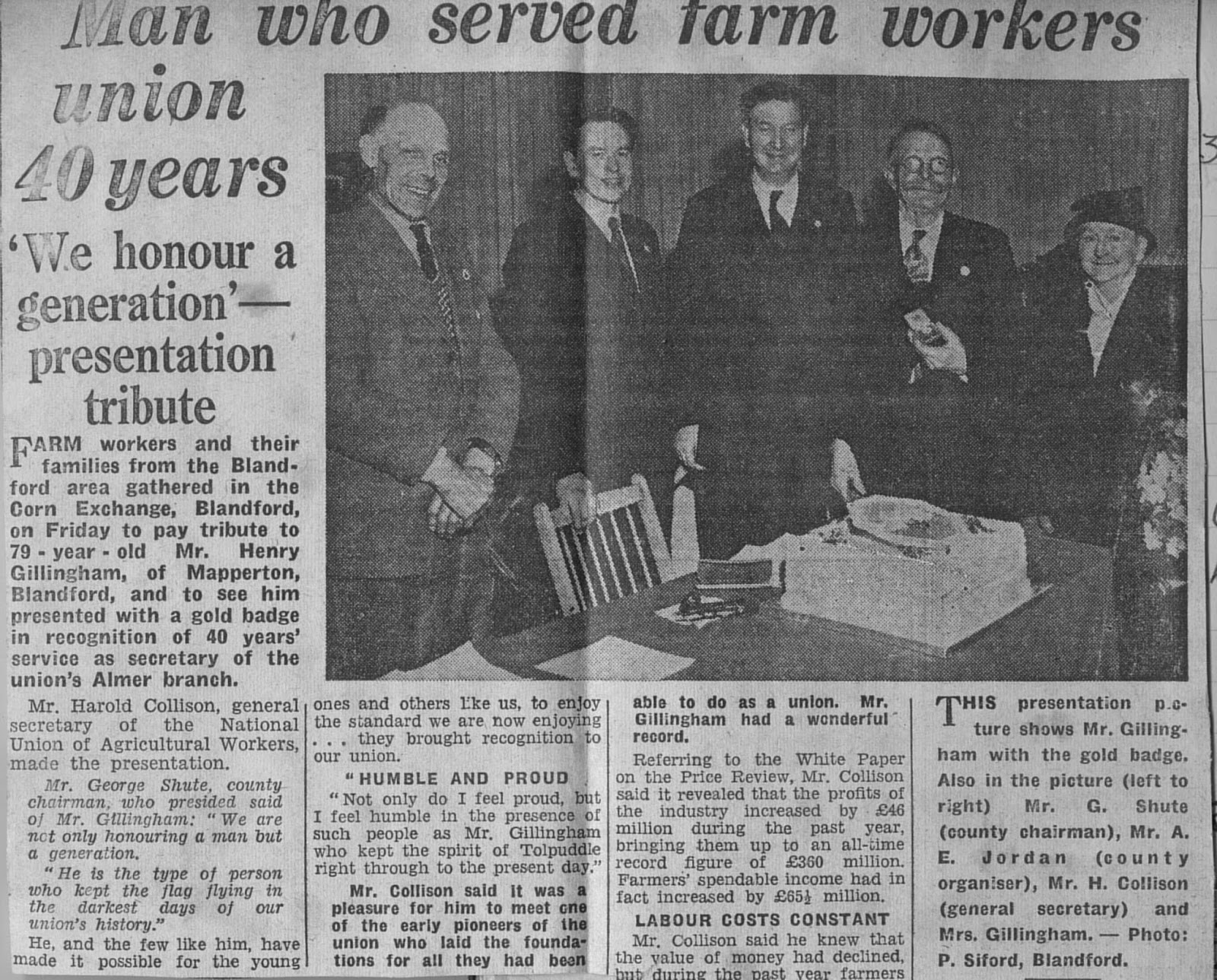 Harry Gillingham born July 1878 at Okeford Fitzpaine he left school at the age of 11 to earn 2 shillings and 6 pence a week on the land, there was no overtime, no Saturday half day and no paid holiday

He joined the National Agricultural Labourers and Rural Workers Union,  in 1917, being elected branch secretary in 1919 . at one time the the branch had 50 members on the branch register but during bad years when wages were reduced, membership declined until he was the only member

"Not only do i feel proud, but i feel humble in the presence of such people as Mr Gillingham who kept the spirit of Tolpuddle right through to the present day"

Mr Collinson general Secretary stated " it was a pleasure for him to meet one of the early pioneers of the union who laid the foundations for all they had been able to do as a union. Mr Gillingham had a wonderful record

George Shute had taken over from the popular Dorset County Chairman Jess Waterman (Spetisbury) who had not sort election after nine years as chairman, agreed to be Vice Chairman. Mr E. Sales (Studland) was re elected Dorset County Secretary