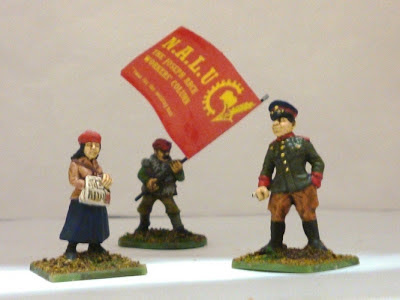 From Hereforshire1938 wargamers "Very British civil War"
Miss Jennifer Ryding-Hudd, debutante-turned-revolutionary. An ardent armchair socialist since her early teens, Jennifer absconded from her wealthy family to join the socialist uprising after becoming something of a cause celebre (giving a clenched fist salute whilst being presented to the king no less!)
She fled to the Midlands and joined the People’s Assault Column, where her infectious enthusiasm for the revolutionary cause quickly earning her a position as morale officer for the Joseph Arch People’s Column, among whom she can be found, clutching the latest edition of the Morning Star.

Here she is (above) conversing with the commanding officer, Comrade Commander Fred Gibbons, while in the background another comrade proudly waves the columns banner 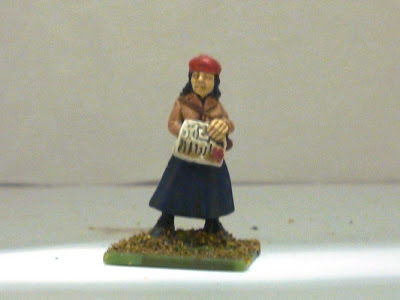