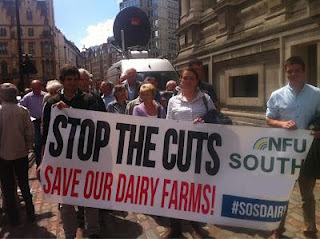 Mary Creagh Labour’s Shadow Environment Secretary, on the raw deal being served to rural communities by the Government.

The recent dairy crisis has shown that markets alone do not guarantee a fair deal for farmers or the countryside. We are now in the longest recession for 50 years with rural communities paying a high price for the failures of this out-of-touch Government. Defra ministers talk a good game on food security, yet as the dairy crisis loomed, ministers were asleep on the job.

The race to the bottom on farm-gate prices is bad for farmers and, ultimately, bad for consumers. We need an end to one-sided contracts and the reckless behaviour of the big milk processors who are squeezing dairy farmers for all they can. Last week the Government woke up to the scale of the problem and started to bang heads together. But why did it take a milk blockade for ministers to act? Labour wants to see the Government strengthen the role of the Groceries Code Adjudicator to ensure a fair deal across the supermarket supply chain with the power to fine companies who breach the code. Yet ministers oppose giving the Adjudicator the power to fine.


There are wider problems in the economy in Devon and Cornwall, and these are tough times for rural communities and businesses. This out-of- touch Government has made the wrong choices on the economy, choking off growth and the fragile recovery. The South West did not receive a penny from the £9.4 billion promised for rail projects by the government earlier this month. Worse still, as the WMN has reported, ministers are looking to cut direct trains from Penzance to Paddington by a third under the new Great Western franchise agreement. 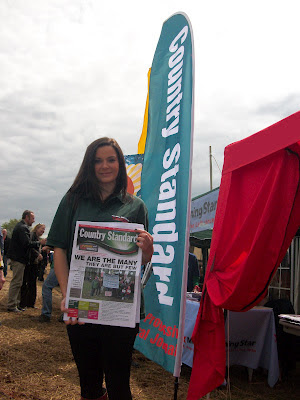 There is a cost of living crisis spreading across our towns and villages. Living costs in rural communities are already 10-20% higher than in urban areas. There has been a massive growth in food poverty as families struggle with higher living costs, lower wages and welfare changes. The leading food charity FareShare estimates that 16% of people within the South West are living in food poverty, unable to feed themselves on regular basis. Earlier this month, the Devon and Cornwall Food Association extended its reach from Plymouth to the whole of Devon, redistributing food to local foodbanks. Yet one of the first things the Tory-led government did was to abolish the Agricultural Wages Board for England and Wales. The board guarantees minimum pay and conditions for 23,500 rural workers in the South West. Axing it will take £9 million a year out of England's rural economy through lost sick and holiday pay alone. The last thing we need is a race to the bottom on wages. This will take money out of the rural High Street, local shops and pubs.

House of Commons Library research, which I commissioned, revealed families in rural areas have been disproportionately hit by the removal of the tax credit second income threshold. This protected the £545 per annum child tax credit family element for households earning less than £40,000 and helped 15% of families with children in rural areas (compared to 10% in urban areas). Rural councils, which tend to have older and less deprived populations receive lower grant allocations, spend less on social care, charge more for home care and allocate lower personal budgets than local authorities serving younger, more urban and more deprived populations. The Commission for Rural Communities reported last month that young people in rural areas face extra barriers finding work and accessing training. The rate at which young people become NEETS (young people not in education employment or training) is rising faster in rural areas than urban ones. Long term youth unemployment has more than trebled in the last year across Devon and Cornwall.

What was the Government's response to the Commission for Rural Communities? They abolished it. In the last two years, Defra ministers have failed to get a grip with the issues facing rural communities. They have cut funding for flood defences by 30% and then asked communities to come up with the cash for flood defences themselves. Their proposals to sell off the nation's forests met huge protests and they backed back down. The same happened with national nature reserves and changes to reduce environmental protection in planning law. And wild animals in circuses. It is not just Cameron and Osborne getting the big decisions wrong, and it is not just people in urban centres who are affected. It is coalition heartlands like the South West who are feeling the force of government incompetence. Rural communities deserve better.
at Monday, July 30, 2012