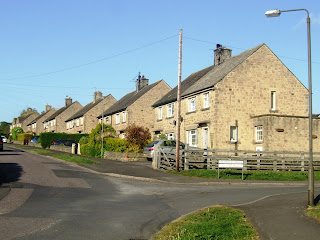 Cornwall Council 's claim that they are "determined" to bring hundreds of empty homes back into use to tackle the shortage of affordable housing has been rubbished by Labour councillor Jude Robinson.

While there are 3,875 long-term empty properties in Cornwall, there are 25,000 people in need of a home.

The council says it aims to bring 130 empty properties back into use each year and is writing to private landlords.

Cornwall cabinet member for housing and planning, councillor Mark Kaczmarek, said: "Some of these properties have been empty for 10, 15 even 20 years and when these are in towns and villages they actually drag down the appearance of the town, they are subject to fire, vandalism, fly tipping and it creates a whole social problem."

However cllr Jude Robinson has called the latest statements "blatant spin" and an insult to thousands of families.

She said the council's statements are an attempt to mask the "complete failure to get to grips with the problem".

Cllr Robinson said: "In September 2010, the same council and the same cabinet member made a very similar announcement about the problem of 3,597 empty homes. It seems that the last two years of determination has increased the problem by 278 empty properties.

“In 2010 the aim was to bring 350 properties back into use by 2013 but there is no information on whether the council has brought even one property back into uses so far. Even if the latest target is achieved and 130 properties reclaimed by 2013, it will not be enough to tackle the rate of increase at 139 per year.

"The Conservative led administration has failed on this. It is an insult to the thousands of families on the waiting list for homes to try and spin this failure into a positive news story for the administration"