Supermarket Adjudicator Bill - No Fines - No Power - No Use 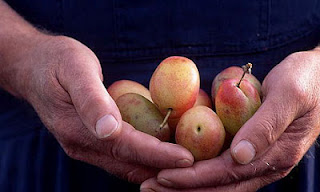 The rural Progressive journal Country Standard has warned that the Coalition Governments proposed Supermarket Adjudicator Bill had become a joke and was now a waste of parliamentary time.

"The Supermarket Adjudicator Bill had been gutted by Tory Defra Farming Minister Jim Paice (Cambridgeshire), A Tory MP who said a lot in opposition, but has done nothing in government to support rural communities".

"The proposed watchdog will not be able to fine supermarkets, but will as a last resort simply name and shame them. Mike Walker warned "That this would do nothing for farmers and growers struggling against supermarket cartel's and whats worse is the Conservative Party know this".

"Once again Britain's rural communities find their elected representatives seriously failing to speak up for them, the Coalition is once again putting millionaires before the millions"

Note:
DEFRA is run by purely Conservative Ministers and is a Coalition free zone, because the LibDem's saw no need to have a LibDem DEFRA Minister, as they had the same rural policies.