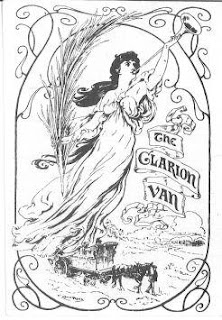 The Clarion was a weekly socialist publication edited by Robert Blatchford begun in Manchester in 1891.

"I will go as far as to say that during the first ten years of the Clarion's life that by no means popular paper had more influence on the public opinion in this country than any other English journal, The Times included."


One of the Clarion's best known writers was Julia Dawson, it was she who proposed the establishment of Clarion Van tour, with the idea of bringing the Clarion newspaper and Socialism into every town and village in England.

The First Clarion Van tour was embarked upon in 1896 and through a series of Clarion Vans they continued until 1929. 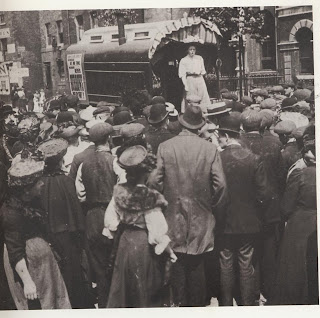 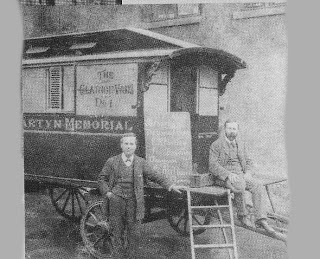 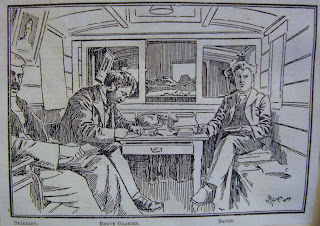 The Western Times reported in 1907 that a Clarion Van was to commence a tour of Devon on 29th February 1907,

The first Devon Clarion Van tour meeting was to be held at Barnstaple town square, where Mr Thomas Kennedy the Socialist (Social Democratic Federation) parliamentary candidate for North Aberdeen (1906 and 1910) was the main Clarion speaker and a huge crowd was in attendance to hear him. As a direct result of the Clarion Vans visit, a branch of the Social Democratic Federation was established in Barnstaple, North Devon (early March 1907 - was this the first avowed socialist organisation to be formed in North Devon ?).

Thomas Kennedy (25 December 1874 – 3 March 1954) railway clerk, joined the Social Democratic Federation, stood as parliamentary candidate in 1907 and 1910, Joined the British Socialist Party (later Communist Party) and became BSP national organiser in 1913 but left the party over his support for the War. Kennedy was later Labour Party Member of Parliament for Kirkaldy Burgs (Fife) from 1921–1922, from 1923–1931 and from 1935–1944.

By the 9th April 1907 the Clarion Van had arrived in Exeter from Newton Abbott again large crowds flocked to Bedford Circus to hear the Clarion speakers including Councillor Edward Hartley of Bradford. 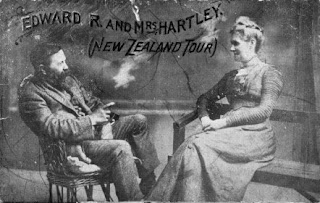 Given previous Clarion van tours the arrival of the van in any town or village would secure a large turnout of local people interested in finding out about the new politics of socialism. The local farmers, businessmen and Tories would try to stifle attendance, heckle the speakers and sing "God save the queen/king" .

At the end of the Clarion speeches questions and answers would be taken and socialist propaganda sold, meetings would often ending with the singing of "England Arise". 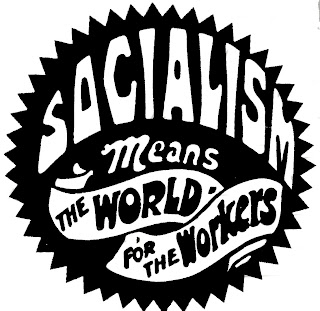