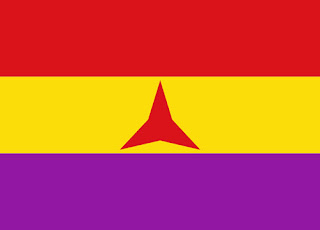 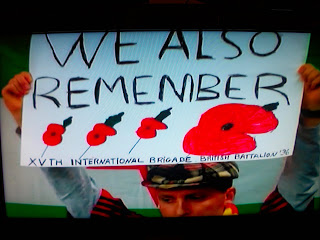 Patrick Glasson was born in 1910, the son of a Cornishman and an Irish lady, nee Byrne. Their home was probably at Tolgas Lane, Harris Mill, Redruth – this was the address of his next of kin according to the International Brigade records. His parents split up when he was two and his father emigrated to Australia. Patrick probably had his schooling at nearby pool school and after leaving worked as a blacksmith at one of the many smithys in the area.

He gave up this trade after a while and joined the British Army, serving in the Wiltshire Regiment ‘for many years’ until 1935. He was clearly a fit and strong young man and went round the fairs as a boxer and wrestler.

According to his cousin Reuben Byrne, also a regular soldier, whom he met in 1935 at Crownhill barracks, Plymouth, on leaving the army for a few months back in Redruth, he decided to join the International Brigade. No doubt he went to London and was vetted at the King Street headquarters of the Communist Party.

Having passed muster he seems to have gone to France with the intention of joining the Brigade in Spain in late 1936 or early 1937 but shortly after was deported for misdemeanours committed in Paris. In his memoir, Entering the Conflict, Frederick Ernest Clarke, told how he had met up with him in late March 1937. Clarke had gone to the Communist Party HQ at King Street on the 20th. While he was receiving instructions for his departure from Mr Robson of the Central Committee

“another comrade arrived, by the name of Peter [sic] Glasson, a typical British Tommy and a brother communist. I was to be his mentor form that time until we got into Spain. I received money to buy him trousers, cap, etc. in an attempt to make him look like a weekender in Paris. The result was not very gratifying! Afterwards, I bought him dinner and he took me to Aldgate where his friend was to take leave of him at Whitechapel Library. He was given into my charge, as his first attempt to reach Spain had been a failure due to his getting drunk in Paris, hitting a taxi driver and landing up in a French Prison for three weeks.”

“something of a carnival. We were all shapes and sizes and all classes and creeds, but all going to the same place and for the same reason – apparently! Of course, not one of us knew anyone else and not a word was spoken as to our destination or our mission; but a crowd of men trying so hard to hide something, and all waiting in the same waiting room for the same train became very transparent to those others who know what is going on.”

There were about 25 of them and they had yellow “Passing Show” cards concealed on their persons to identify them to contacts when they arrived at the Gare du Nord station in Paris. Two plain clothes policemen examining tickets at the Victoria Station barrier stopped Patrick when he went through, asked him how long he was staying in France and how much money he had with him. Clarke “stuck up an attitude of indignation, enquired if our tickets were in order, stated that Glasson was with me and that I had sufficient money for us to enjoy our week-end in Gay Paree!”

They got on the night train eventually but Clarke felt distinctly uneasy for the police were then seriously enforcing the non-intervention pact to the fullest limits.

“The prospect of Glasson banging one of them and landing us in jail was not a very rosy picture, and from then on I lost interest as his guardian and keeper. From Newhaven to Paris was a constant strain of watchfulness for me.”

They reached the Gare du Nord station on Sunday morning, 21st March. They were glad to get out of the train with its hard wooden seats. People were flashing their ‘Yellow Passing Show’ cards and Clarke was nervous that the police would pick them up and jail them on the spot. They were approached by a couple of Brits, collected together and taken to a café just outside the station. There they were given food tickets for a certain café and some money which they mostly spent on cigarettes and “the foul tasting onion flavoured beer of France.” They were billeted in “pensions” nearby which were comfortable and clean though they had their breakfast in another hotel and all other food in a workman’s café which was situated opposite the Metro in a wide cobbled street.

Also amongst them awaiting instructions were Americans and Canadians, all of whom possessed passports which gave them a lot more freedom. Lacking official papers of any kind the British party were like “vagabonds”. They envied the North Americans who were able to go sightseeing to the Eiffel Tower, the Louvre, etc, something they could not do.

Still in Paris on Saturday 17th April Patrick wrote a letter to his cousin Reuben Byrne:

Just a few lines hoping to find you in the best of health. I am going away fro some time, and I don’t know when I will be back in England. Well, old boy I am going into an Army but not the British army, it is the Spanish I am fighting for the Workers. I don’t know when I will ever write again, give my love to Cousin Kathleen, and Aunti Minnie and uncle Jack at Trouro. I might get married out here, if all goes well in the end.

I am your ever loving Cousin, Harry.

PS. I was wrestling in Paris, the other day at a fair ground, I beat a gaint Itialian in one minute.

(Though called Patrick he [had] became known as ‘Harry’.)

Subsequently they had a tough struggle getting over the Pyrenees on foot. Clarke had a narrow escape since his shoes had become so shiny that he slipped from the path into a great drift of snow. He was saved by a bricklayer from Hammersmith, George Poustie.

“As I slipped, he hung on to me with all his strength and stopped me from sliding over the edge into the depths below. All the others had gone on and neither of us had enough strength to breathe of shout and, after a grim silent struggle George managed to pull me back onto the path.”

They seem to have got into Spain by 13th May and three days later were at Albacete, the British battalion’s base south east of Madrid. Patrick then enlisted in the International Brigade. He sent a postcard back to ‘Auntie Beatie’ which depicted a woman holding a child in her arms with silhouettes of planes above and an inscription in French, ‘Save my child’ – “This what I am fighting for these Spanish workers, these planes bombing these poor women and babies.”

As well as demonstrating his commitment to the cause the messages show he was in touch with several members of his family in Cornwall. As well as his cousin Reuben Byrne, these was cousin Kathleen, Auntie Minnie, Uncle jack at Truro and Aunt Beattie who seems to have been his next of kin. It sounds as if his mother may have died by this stage.

He took part in the Brigade’s offensive at Brunete west of Madrid from 6th July but was killed the on the 20th July. In August 1937 his relations received letters from Communist Party general secretary, Harry Pollitt, and from the Party secretariat informing then that Pat Glasson had been killed in action on 20th July at Brunete. Later his Aunt Beattie received his death certificate signed by the Mayor of Brunete.

In is memoir Clarke said: “He eventually died in Spain, I believe on the Brunete Front. He was a good soldier and a sincere comrade, a little coarse, but nevertheless a likeable person in many ways”.

In July 1986 a bronze plaque was put up at the divisional office of the Technical, Administrative and Supervisory Section of the AUEW (now the Manufacturing Science and Finance Union) in Coldharbour Road, Redland, Bristol, commemorating the nine volunteers from the south west- including Patrick, who were killed in the Spanish Civil War. The unveiling was organized by the then TASS divisional organizers, D Yeoman and D Perkins, and took place with a number of International Brigade veterans present. Its inscription reads:

"To commemorate those volunteers from Bristol and the South West who fought and died in Spain in defence of Liberty."

Note
Rumours remain that about a dozen young men, from either Padstow or Port Isaac, were sufficiently concerned about Franco's assault on democracy in Spain to volunteer themselves as soldiers in a foreign war. With no training or preparation, they kissed their wives and girlfriends goodbye and set sail. Within days of their arrival they were killed - and neither of my informants was clear about which side had shot them.