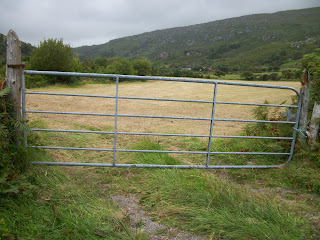 Michael Walker Co-Editor of Country Standard
"The proposed reforms to the European Union, Common Agricultural Policy (CAP) announced today, yet again fails to address the many challenges facing farming and rural communities.
While we welcome the increased emphasise on environmental factors, the reality is these minor changes do not address the real structural and planning changes required in farming.
While there maybe some good news in these proposals for British organic farmers, British taxpayers are going to increasingly ask themselves what they get for their yearly £107 contribution to the CAP.
In response to the global financial crisis, we urgently need to develop agriculture in Britain, however under the Conservative run DEFRA we are hemorrhaging thousands of agricultural jobs, these CAP reforms will do nothing to address that situation.
In conclusion these EU proposals are a monumental fudge, that will be ripped apart like the carcass of a dead sheep in the coming months."

Responding to plans unveiled by the European Commission on Wednesday (12 October), the newly-appointed member of the shadow DEFRA team said the proposal for radical reform had turned into ‘a tired compromise’.

He said Britain’s farmers needed a policy which put them on equal terms with other EU producers if they were to remain competitive and called on government to show clear leadership in future CAP negotiations to secure this.

“These schemes are vital to progress in halting biodiversity loss by 2020, but they also deliver great value for money and support farming incomes.

“The reduced CAP funds up to 2020 must be more effectively targeted on the contribution of farmers to food security and the environment, recognising both innovation and environmental services in the countryside.”

Mr Irranca-Davies said current and future generations of farmers were owed a CAP reform which was fit for purpose and not based on old compromises.

“We urge the government to stand firm against the vested interests in the European Union who seek to maintain the status quo.”

CAP Reform at a glance

The 10 key points of the reform proposals are as follows:

Fairer, simpler and more targeted support, fairly distributed among "active" farmers. Direct support payments capped at €300,000 in any one year.

Safety nets for products most at risk of crisis, including private storage and public intervention, and the creation of insurance and mutual funds.

A proposed 30% of direct payments dedicated to practices that ensure long-term agricultural productivity while preserving the environment.

4) Additional investment in research and innovation

A doubling of the budget for agricultural research and development, encouraging the transfer of knowledge and advice to farmers.

Support for producer organisations and a commitment that sugar quotas - "which have lost their relevance" - will not be extended beyond 2015.

A commitment that the preservation and restoration of ecosystems and the fight against climate change will be among EU rural development priorities.

7) Aid for young farmers setting up

Proposals to create new start-up assistance accessible to farmers under 40 during the first five years of their project.

upport for micro-business projects with financing of up to EUR70 000 over a period of five years.

Additional support for farmers in areas with natural handicaps, such as upland areas, by means of additional compensation.

10) A simpler and more efficient CAP