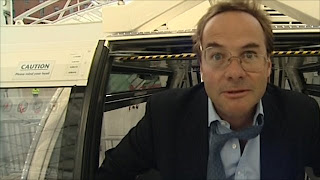 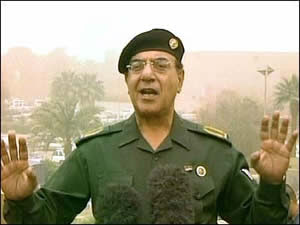 So desperate are the Tories to minimaise the growing mass movement against the cuts in the wake of 26th March Demonstration, that Quentin Letts in the Daily Mail claims today's 2nd April 2011 union and community organised demonstration against the cuts in Dorchester, Dorest. Is in fact the first pro cuts demonstration "At last! A march in FAVOUR of Cuts" and that no doubt a springboard to the establishment of a British Tea Party.

Nothing could be further from the truth and Tory millionaire Quentin Letts and Max Hastings rantings against the evils of nurses, teachers and public sector workers has more in common with the rantings of Saddam Hussein comical Information Minister Muhammed Saeed al-Sahaf

Meanwhile, UNIONS are calling for anyone who works in the public sector or wants to support them to take to Dorchester’s streets for a protest rally.

Trade unions, public sector workers and Dorset residents are expected to come out in force protesting against axing at least 500 council jobs and losing services such as day centres, lollipop patrols and libraries.

Political activist and singer Billy Bragg will attend the march and take to the podium to deliver a speech for the crowd, alongside representatives from all the trade unions on a stage in front of the town’s pump.

Unions state that the Government’s belt-tightening measures are far too drastic and will result in a loss of vital services which will hit the most vulnerable the hardest.

The march, being organised by the Dorchester, Weymouth, and Portland branch of the Trade Union Congress (TUC), will meet at 11am at Dorchester Library, then the procession will start at 11.30am.

The group will march around the town via High West Street, Acland Road and South Walks and end in a rally at the town pump.

The demonstration of ‘public outrage’ comes the weekend before Dorset County Council’s meeting on Thursday, February 17, where councillors will be deciding what services will be axed.

The march will also be attended by the protesters fighting for the survival of school crossing patrol staff – who recently handed in a petition with more than 9,000 signatures and the supporters of the county’s rural libraries – who drummed up support from more than 13,000 people for their petition against the cuts.

Pamela Jefferies from the Dorset Branch of Unison said: “There is no need for these cuts to public services, especially when the banking sector has just rewarded itself with another round of bonuses of around £7billion. “Fairer taxation and making the risk takers pay for their actions should be the way forwards, not cuts to services that poorer families and vulnerable people rely on.”

She added that the cuts mean that the existing careers advisory service Connexions – for 13 to 19-year-olds – is being cut across West Dorset by 27 per cent.