Coalition Forest sale's back on - Issue for May Election 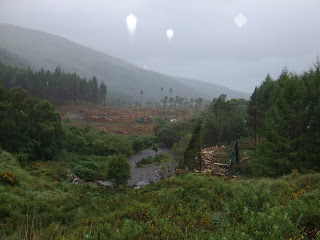 Sales of 15% of England's public forests will go ahead within the next four years, Environment Secretary Caroline Spelman said today.

The sales, expected to raise £100 million for the Environment Department (Defra), were suspended amid a row over plans to dispose of the rest of the forest estate.

Mrs Spelman said she was concerned the terms of selling the 15% - the maximum allowed to be sold under current rules - did not provide adequate protection for access and other public benefits.

But she told MPs on the Environment Select Committee that the sales would go ahead within the spending review, which runs to 2015, and the delay would not hit Defra's budget.

She said the funding had been "anticipated but not allocated".

And once protection for access and other benefits of woodland had been addressed, "the planned sales will be in a position to resume within the period of the spending review, and won't have an impact on expenditure", she said.

The Environment Secretary also defended the consultation on plans to dispose of the remainder of the public forest estate to businesses, charities and communities which provoked widespread anger.

She said previous governments had already been selling off the public forests.

"I simply thought it was right to give the public the chance to be consulted about the future of the forest estate."

The consultation was abandoned last month in the face of widespread opposition to the plans.

Shortly before the consultation was dropped, the previously announced sales of 15% of public forests were suspended over concerns about protecting the benefits they provide.

An independent panel has now been set up to examine the future of England's forests.