Tories skiing in Klosters - While British workers face the sack ! 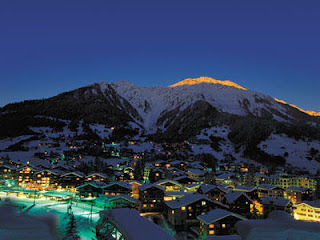 We're all in this together

Like other members of the Government of millionaires, Tory Chancellor George "Gideon" Osborne defied the economic gloom and swinging cuts, by taking his family on holiday to one of Switzerland’s most exclusive ski resort of Klosters, where chalets can cost up to £10,000 a night.

According to one ski instructor working there, the Chancellor was a guest of honour at a drinks reception for skiers in Marden’s Club earlier in the week.

It is not Mr Osborne’s first ski trip to the area. In the past he has stayed at the five-star Fluela Hotel in Davos, where a large double room costs up to £500 a night.

Meanwhile, back in Britain, nurses and teachers face the sack.

We're all in this together !