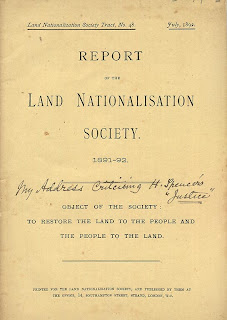 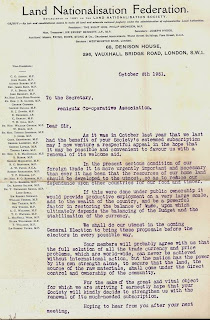 Established in 1881 with Alfred Wallace(who worked with Darwin "natural selection" which formed the bases of his Origins of the species) as the first president of the newly formed organisation.


Later it became known as the 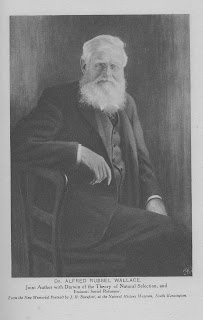 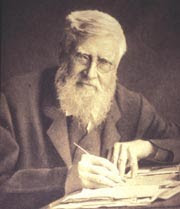 In the 1890's both the Land Nationalisation Society and the Land Resoration League (a breakaway from the Society) with the help of speakers from the Social Democratic Federation (SDF) and Independent Labour Party (ILP) blossomed out with propaganda campaigns in the countryside. (Alfred Wallace pic)

The yellow vans of the Land Nationalisation Society and the red vans of the English Land Restoration League were now seen on village greens, and at hundreds of meetings farm-labourers were urged to support land nationalisation.

The English Land Restoration League had Reading's Lorenzo 'Len' Edward Quelch as a speaker during a period of campaigning.

It is a notable fact that up till then the demand had come only from town-dwellers, who had not imagined that farm-labourers might be interested too.

More important was the deliberate turn towards the Labour movement made by the Land Nationalisation Society in the years before the First World War.

Affiliations were received from many Co-operative societies and from trade union branches—particularly the railwaymen's and miners' unions. which were both by this time demanding nationalisation of their own industries,