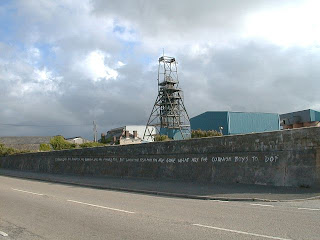 UNISON has warned that hundreds of compulsory redundancy notices could soon be sent out immanently by Tory controlled Cornwall Council.

The council is aiming to axe £170m over four years, with up to 2,000 posts expected to be cut, as a result of Conservative/Lib Dem Government cuts.

UNISON Cornwall has been in talks with the council to try to reduce the number of compulsory job losses.

Stuart Roden, from Unison, which represents about 6,000 Cornwall Council staff, said: "We want to minimise it as far as possible but I think realistically we are talking about hundreds of compulsory redundancies.

"We know it is coming fairly imminently."

He said the union still did not know "absolutely" the number of redundancies which would be compulsory.

A ballot of union members is due to be held over changes to staff pay and conditions which could save £6m and protect 200 jobs.

Tory run Cornwall Council said: "The council remains committed to achieving the proposed changes to employment terms and conditions in order to prevent further job losses and service cuts, and acknowledges the significance of the union's ballot to secure this."

Despite job loses in Cornwall and other Councils, Local Government Minister Eric Pickles has repeatedly stated that Council's are making up the level of cuts and talk of tens of thousands of job losses was ‘scaremongering’.

UNISON has highlighted how Councils will lose up to 17 per cent of their funding from central government grants (£6.5billion) – which could claim 100,000 council jobs across Britain.