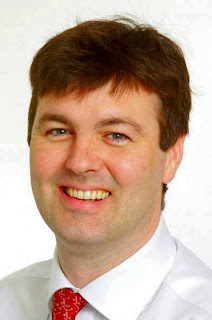 Duncan Enright the Labour candidate took 480 votes or 67% of the vote to take the East Ward.

Liberal Democrat Mark Balaam got 123 votes and the Green Party's Kate Griffin got 117.

The election was called after Conservative Louise Chapman was disqualified for not attending a single meeting in six months.

Duncan Enright was an excellent candidate, with a team of activists from across Oxfordshire who spent December in the snow and cold knocking on doors and leafleting in what must have seemed to have been a daunting objective of securing a Labour seat in a traditional rural Tory bastion.

On the doorstep concerns over Oxfordshire County Council and central Government cuts resented with voters.