Churchill - No Friend of the Workers 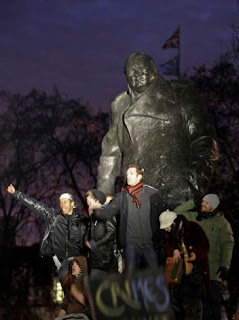 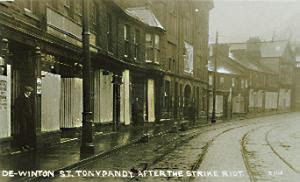 It was Winston Churchill, then Home Secretary, who sent the Metropolitan Police in force into South Wales during a miners' strike, leading to serious clashes at Tonypandy in the Rhondda (Novemeber 1910) and the death of one miner(Samuel Boyce) and the injury of many more.

"At the instance of Mr.Winston Churchill," wrote the Webbs of the 1911 railway strike, "an overpowering display was made with the troops… without requisition by the civil authorities, at the mere request of the companies." 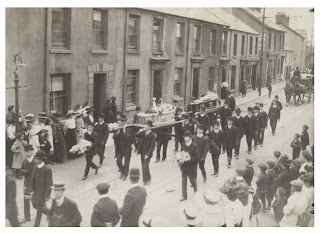 A strike demonstration was fired on at Llanelli and there were two ( Leonard Worsell and John John) fatal casualties (Photo left).