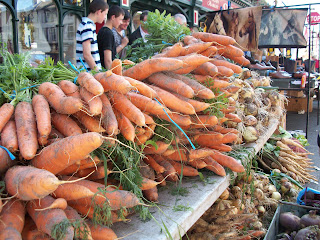 Families in rural areas are struggling to make ends meet and typically need to spend 10-20% more than city dwellers, a sum equivalent to £4,000 per working adult , states research from Loughborough University.

Director Commission for Rural Communities, Nicola Lloyd said: "Although it is now widely recognised that one in five rural households experience poverty, this is the first time we've also had reliable data to show the minimum cost of living in the countryside is higher than in the city.

The reports author Dr Noel Smith said "We were struck by the gap between how much people would need to earn to meet these rural requirements and the level of some of the wages actually available. Workers in the most basic rural jobs can work very hard yet still fall well short of what they need for an acceptable standard of living."

The study claimed higher costs meant a single villager needed to earn at least 50% above the minimum wage (£5.93 per hour) to make ends meet.

The Loughborough university research suggested that to afford a minimum standard of living, a single person needed to earn at least £15,600 a year in a rural town; £17,900 a year in a village and £18,600 in a hamlet or the remote countryside. In comparison, urban residents needed £14,400 to meet the specified minimum.

"The scrapping of the Agricultural Wages Board will not only affect agricultural workers, but drive down wages in many villages, as the AWB rate was used widely as the "going rate" for the job.

"The impact of the axing of the AWB will be accompanied by the grotesque spectacle of massive cuts to rural public services, imposed by a Coalition Government of millionaires".