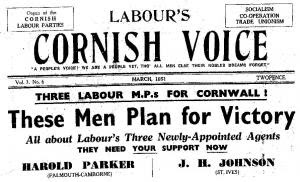 Spending Review’s education cuts could be disastrous for Cornwall


Commenting on today’s Spending Review, Jude Robinson said: “Without a credible program for growth, the government does not have a credible plan to reduce the deficit. The experience of Ireland shows that just slashing budgets causes economic as well as social problems and can make the deficit worse.
“The Conservatives and Liberal Democrats are taking a huge gamble with the jobs of people already stretched by the impact of the global recession. In Cornwall, the impact on housing could be huge as incomes are low and housing costs high, so changes to housing benefit, the slashing of the budgets for affordable and social housing and tax credit cuts will have serious effects on working people.
“It is a shame that George Osborne chose to abolish the Educational
Maintenance Allowance without describing what will be in its place – this only adds to fears that measures to help students from low income households to stay in education will not be continued effectively.
“Higher education cuts could also be disastrous for Cornwall. 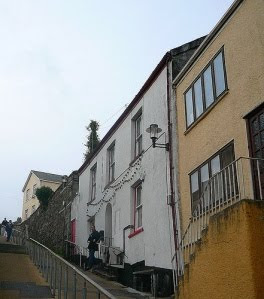 Labour's Cornish Voice
The monthly newspaper, Labour’s Cornish Voice, was started in September 1948. It replaced the Cornish Labour News, to which AL Rowse contributed in the 1930s, when he twice stood as Labour’s parliamentary candidate for Penryn and Falmouth.
The Cornish Labour News had been edited by journalist C
laude Berry, who was later employed by the West Briton for 34 years, becoming editor.
Labour’s Cornish Voice was a sister paper of other regional editions, of which the best known is Labour’s Northern Voice.
In the early 1950s, the paper carried reports of local meetings which show that Labour Party branch meetings all over Cornwall debated policy and international events, as well as organised fundraising and campaign support.
Vital role
The newspaper also published reports from Westminster and articles by leading Labour politicians, as well as topical cartoons.
It played a vital role in building Labour Party membership and funds across Cornwall, with individual party members develo
ping sales rounds of up to 100 copies or more.
The Cornish paper had four local editors.
The first was Richard Wevell, who launched it from Liskeard in 1948.
Secondly, HW Kenyon, who was also chairman of the Cornwall Federation of Labour Parties and based at his home in Perranporth.
Kenyon’s departure to take up a job in London in 1951 was follo
wed by a holding editorship for three months by Cornwall Federation of Labour Parties secretary FO Rilstone of Penhallow.
From February 1952, Michael Steuart was the longest-serving editor, whose activities were based at 4 Webber Hill in Penwerris after Falmouth Labour Party purchased the property in May that year.
Campaigning on new constituency boundaries at the general election in February 1950, Labour overtook the Liberal vote share in Cornwall for the first time.
Frank Harold Hayman, who had stood unsuccessfully for the old Camborne constituency in 1945, was elected as the new Falmouth and Camborne constituency’s MP.
Labour was in second place to the Conservatives in the Truro constituency, which included St Austell, and in St Ives, where a young Peter Shore contested the seat for Labour.
In Bodmin and in North Cornwall the Liberals remained in second place in elections which were contested by Sir Dingle Foot and John Foot, two Liberal supporting brothers of the Labour MP Michael Foot.
As the 1951 general election approached, Labour’s Cor
nish Voice declared: “We want five members of Parliament and at least 75,000 Labour votes next time.”
In January 1951, the Labour Party appointed a full-time agent for Truro, Mr Hughes, a trade union organiser from St Austell.
Mr Hughes attributed Labour’s growing membership in Cornwall partly to the “previously Liberal, voters … our new friends who have joined up from the ranks of the old Liberal Party, and there are many of them”. 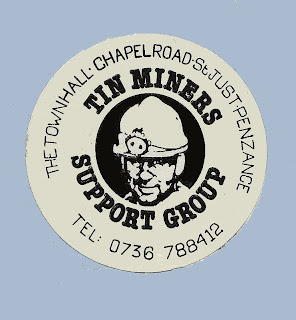 In celebration of Labour’s golden jubilee in 1951, St Dennis Silver Prize Band led members of the Labour Party, trades unions, and Co-op branches proudly through the streets of St Austell.
A Labour League of Youth dance in Camborne attracted 200 young people in August 1951.
And 600 Labour Party members attended a campaign meeting at Penzance in December 1950.
“They came in coaches and by bus from Helston, Mullion, St Just, Sennen, St Erth, St Ives, Pendeen, Ludgvan and Penzance,” it was reported.
Local member Mrs BM Arthur was reported as regularly selling more than 100 copies of Labour’s Cornish Voice in Hayle.
St Ives was the third constituency in Cornwall to appoint a full-time agent in the run-up to the 1951 general election.
At the general election in October 1951, for the first time, one in three electors in Cornwall voted Labour.
The Liberal vote in Cornwall at the same election fell to less than one in six (32,573 votes).
Increased
Reflecting on the fact that Labour had increased its vote in Truro by more than 4,000, candidate Mr Newby commented in Labour’s Cornish Voice: “Here, as in the country as a whole, it has been proved that almost half the people believe firmly in Labour Britain and the achievements of the last six years.”
Nationally, Labour’s share of the vote increased to 48.8 per cent, but the Conservatives won more seats.
Commenting on national radio on the result which ended his six years as Prime Minister, Clement Atlee MP provided this short analysis: “Our defeat is not due to any falling away of Labour support, but to the fact that in most constituencies Liberals voted Conservative, not Labour.”
The 1951 general election had put Labour into opposition, but party membership in Cornwall continued to rise.
Labour councillors in Falmouth, which still had a Labour MP, were quick to denounce the impact of the new Conservative Government’s policies, particularly their lack of support for local housing compared to the 1945-51 completion of more than 3,000 new Cornish council homes.
Six months after the Conservatives returned to government, in April 1952, Labour’s Cornish Voice reported that there were 15 active Labour Party branches in the Truro constituency.
Throughout the early 1950s, Labour’s Cornish Voice published reports of active Labour Party branches at St Dennis, Foxhole, Nanpean, St Austell, St Blazey, St Stephen, Grampound Road, Tregony, Truro, Newlyn East, Goonhavern, Perranporth, St Agnes, Mount Hawke, Chacewater, Portloe, and St Mawes.
By 1951, there were more than 1,300 Labour Party members in the Truro constituency.
The newspapers are of interest to political, Cornish and family historians, who have every reason to be grateful to Mrs Newby, whose obituary appeared in the West Briton on July 22, for saving and donating her copies of Labour’s Cornish Voice so that they can be used by researchers.
Copies of the Labour’s Cornish Voice newspaper are available to researchers at the Royal Institution of Cornwall library at the Museum in Truro.
Originals form part of the Modern British Collection at the British Library.
Falmouth Labour Club
In May 1952, one week after the Cornwall County Council elections, Falmouth Labour Party paid £1000 to purchase 4 Webber Hill in Penwerris, one of three county wards held by Labour at the time. Falmouth Labour Club opened to provide a social meeting place and political education for working people, occupying the ground floor and hillside garden. The upstairs rooms were used for meetings of the local Party, and office accommodation occupied initially by Michael Steuart, who was the longest-serving editor of Labour’s Cornish Voice from February 1952.

St Ives 1928 By Election Labour candidate a Reverend Fred Hopkins, a Methodist Minister and former brickyard worker from the age of just ten years. Hopkins fought an number of elections for Labour in the South West.