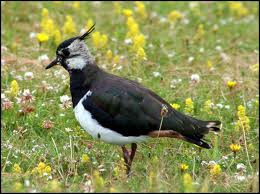 Some of the most beautiful areas of Britain could be sold off and wildlife and countryside protection measures cut to the bone to meet expected 40% cuts in the budget of the Department for Environment, Food and Rural Affairs, it emerged.

Among the plans being considered by the government, which once declared itself "the greenest ever", are selling off national nature reserves; privatising parts of the Forestry Commission; privatising the Met Office, one of the world's leading research organisations on climate change; and withdrawing grants to British Waterways, which manages 2,200 miles of canals and rivers.

Natural England, the government's principal nature conservation agency, has put forward 400 job cuts next year, and up to another 400 after that, potentially one third of its workforce.

There are also concerns that the Environment Agency, which looks after waterways, air and soil, will have to slash spending on pollution and waste controls and river protection after the environment secretary, Caroline Spelman, recently said she had made it "perfectly clear" that the government would maintain the level of spending on flood defences – which take up more than half the agency's budget.

Political observers warned that ministers could be floating radical ideas to soften the blow of lesser but still swingeing cuts in the autumn review of government spending for 2011-14. However, if they go ahead such dramatic cuts would be the most radical rethink of the British natural environment in the last 40 years.

Conservation experts said such cuts would set back nature conservation by many years and hinder the creation of new marine nature reserves and other initiatives intended to help Britain meet its legal obligations.

A senior environment official told the Guardian that deep cuts could lead to the UK being prosecuted and fined by the European commission for breaching strict conservation regulations under the European birds and habitats directives. "We'll get whopping great penalties, to say nothing of the reputational damage," he warned about the prospect of the cuts, which would be likely to affect England and Wales more than Scotland, whose government can set different funding priorities.

Such is the depth of concern that 25 leading conservation groups have made a joint statement to the government, saying the cuts "could have profound and perhaps irreversible consequences for wildlife, landscapes and people" and would be a "false economy – short-term savings would translate into huge long-term costs for our economy and our national wellbeing". The statement, signed by the Royal Society for the Protection of Birds, the Campaign to Protect Rural England, Ramblers (formerly the Ramblers' Association) and others as part of Wildlife and Countryside Link, describes in detail the feared vision of "an austerity countryside".

It says: "Reedbeds are dry and clogged with brambles; heathlands have vanished as scrub begins to take over. Wetlands have dwindled and rivers and canals have become clogged by invasive plants which threaten native species. The loss of money for wildlife-friendly farming has seen farmland birds resume their slide into extinction.

"Bat populations are clinging on to survival in isolated pockets, facing starvation due to the dwindling insect populations, while the country's flower meadows have all but vanished. England's uplands have become degraded; their wildlife is in decline, and their ability to lock away carbon and provide clean drinking water for millions sadly reduced."

Coastal habitats such as saltmarsh and saline lagoons – which provide flood protection as well as habitat – and fisheries, reefs and other important marine ecosystems would also be damaged, continues the statement. "There are fewer people too," it adds. "Without cash to keep paths and bridleways open, huge swaths of the English countryside and coast are effectively closed to millions."

In advance of a major United Nations report and conference this autumn on the mounting global loss of ecosystems, species and genetic biodiversity, the UN's natural environment chief also warned the UK government against cutting biodiversity.

"It would be very short-sighted to cut biodiversity spending," Ahmed Djoghlaf, secretary general of this October's UN Convention on Biological Diversity, said. "You may well save a few pounds now but you will lose billions later. Biodiversity is your natural asset. The more you lose it, the more you lose your cultural assets too."

Defra and Natural England said it was too early to comment on the outcome of the autumn spending review, but a Defra spokesman said: "Defra is fully committed to tackling the loss of biodiversity, as demonstrated when enhancing biodiversity was set as one of Defra's three key objectives in the recent strategic reform plan.

"We have already started work on the natural environment white paper, to be published in spring 2011, that will outline how we propose to protect and enhance biodiversity to benefit future generations and we welcome ideas of what should be included."

In line with all government departments, Defra has been asked to cut spending this year by £162m, and submit plans for much tougher cuts of 25% to 40% for the following three years to 2014.

Spelman has already announced the abolition of 30 environmental advisory groups and quangos, including the Sustainable Development Commission and the Royal Commission on Environmental Pollution. Many more of the 90 organisations under Defra's control are expected to be severely cut or disbanded if the Treasury insists on 40% cuts.

However respected experts such as Mark Avery, conservation director for the RSPB, report that people close to the negotiations are "talking about halving the budget", and there is speculation that Defra, one of the smallest departments, could be broken up if it becomes too tiny.

Concern is heightened by fears that cutting spending on environmental projects and research will be politically easier than reducing public services such as education and care for the elderly, and by the lack of a cabinet committee for the environment.

Although recognising that all departments are taking severe cuts, Paul de Zylva, chair of Wildlife and Countryside Link, said conservationists did not see any way of cutting 40% from budgets without causing unacceptable damage.

The proposal document for selling minority or majority stakes in all of Natural England's national nature reserves, for example, states that they are "widely recognised as the most important reservoirs of wildlife and geology in England – the natural heritage equivalent of our national museums, galleries and monuments". They have the highest levels of national and European protection.

"Because it underpins a healthy society and all sorts of things like learning, education, recreation … the environment is actually a great investment," said de Zylva, contrasting it to the "bottomless pits" of health, defence and other departments.

Major conservation groups – likely to include the RSPB, the Woodland Trust and others, but not confirmed by any of those organisations – have been approached by the government to buy or help community groups to run NNRs, but charities also had reduced income from membership and government grants, he said.