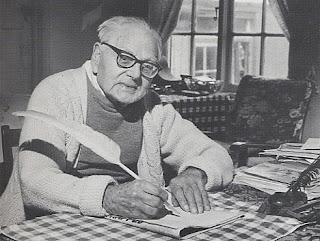 "We were familiar with the countryside, because I can say truthfully that one of the best periods of my life was the days I spent cycling through the Essex countryside before the motor car and lorries came to spoil it all.

In 1910 I had founded the North East London clarion cycling club and when members were too numerous for safety on the road I founded off shoots.

Membership was open to both sexes and we explored the rustic villages and pubs for drinks ands teas, there was plenty of bread and butter, cake, shrimps and lettuce.

We rode two a breast with the Captain at the front and a vice captain at the rear, giving signals to one another by coded whistles.

Our journeys would be accompanied by singing and ringing of bells – it was a real fraternal outing in the fresh air, far from the stinks and grime of East End life."

At the age of twelve started work delivering milk in metal cans for 3s 6d a week, at fourteen a clerk in a solicitors.

Joined the Social Democratic Federation in 1905, (which was the strongest socialist grouping in London, unlike the rest of the country (except Lancashire) where the ILP was by far the dominant Socialist organisation).

North London Clarion Cycling club was meeting on Sunday's at 10 oc clock at Manor to cycle into the countryside on 26th August 1917 it was Great Amwell, just above Hoddesdon

Later worked for the National Union of Sheet Metal Workers.

Aged ninety four he was also one of the last quill pen cutters.