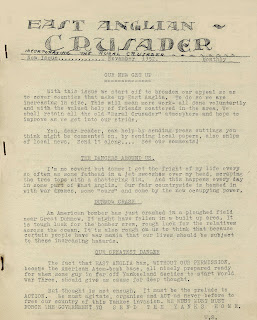 Bill Savage was the Editor of the Communist Party’s Essex-"united front" publication, the `Rural Crusader’.

In June 1946, its first edition was launched and it soon achieved a circulation of 2,500 copies. In 1952 the Rural Crusader took the title East Anglian Crusader. Later this publication was Incorporated into the Country Standard
at Tuesday, November 10, 2009