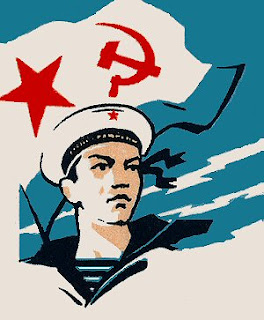 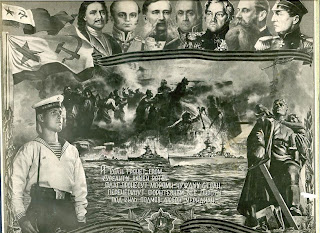 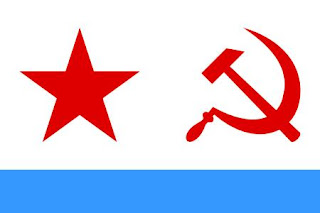 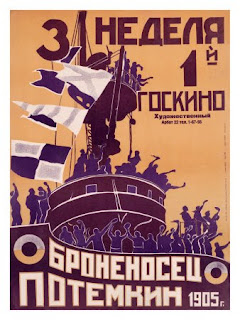 The Soviet Red Navy was established from the remnant of the old Russian Imperial Army,

Sailors had always been held in high standing in Russia, having played a progressive and decisive role in defending the people in struggles against the Tsar in 1905 and 1917.

With Victory for the Soviets in the civil war (which saw 60,000 sailors fight with the Red Army). The new Soviet government inherited just three old battleships, four cruisers, twenty destroyers and a dozen submarines.


The Soviet Navy won great glory in World War II in defending 40,600 miles of sea coast against the fascist invaders.

The Four fleets of the Soviet Navy during the war were: 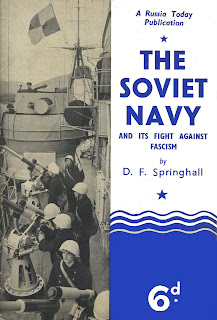 Baltic, Black Sea, Northern and Pacific Fleet, the navy also provided the men and boats of the Soviet Submarine fleets and river flotillas.

The Soviet Navy played decisive roles in the defence of Leningrad, Moscow, Odessa, Sevastopol, and the river flotilla at Stalingrad.

It was Soviet naval planes in conjunction with British Lancaster bombers which, on 12 November 1944, were responsible for the sinking of the Tirpitz the largest battleship ever built, when it emerged from a Norwegian Fjord of Tromsö.


It was also soviet navy planes who first secured a Soviet air raid on Berlin, when planes from the Baltic island of Ozel attacked the heart of fascism in August 1941.

The Soviet Navy's most heroic stand was probably, it's 250 day defence of Sevastopol in the Crimea (30 October 1941 to 4 July 1942) , here, Soviet Sailors fought hand to hand with German military divisions. Their stand, while unsuccessful, allowed the Red Army time to lay plans to defend the Crimea and defence of Stalingrad. Sevastopol was retaken by Soviet forces after a three day siege ending with its capture on May 9th 1944. 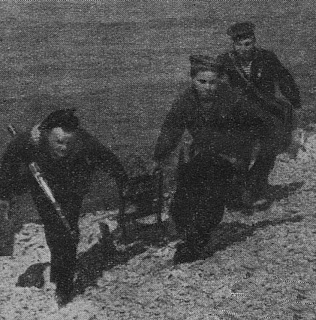 It was in the Crimea that the Black fleet developed the highly successful tactic of speed (gun) boats filled with landing parties (Marines) which struck the German enemy from the sea with great swiftness and force. 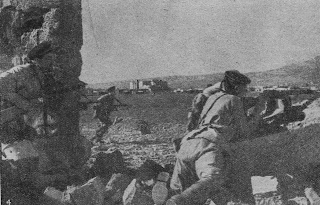 So successful was the Soviet navy that the Germans were unable to make a single naval landing in the rear of the Soviet Army. 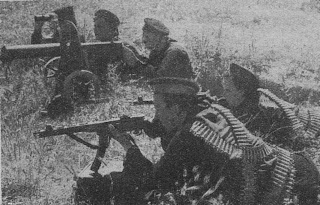 During WW2 nearly 300,000 Soviet sailors received decorations, of which 508 were awarded the highly prestigious "Hero of the Soviet Union", 87 ships and units were given the name "Guards", 202 ships and naval units were decorated with Orders for distinguished service 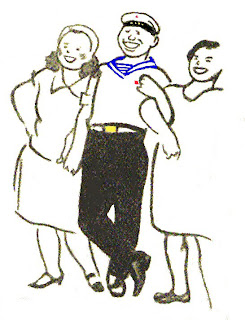 The first Soviet Navy Day was celebrated on 26th July 1940, since then it became a tradition for warships in Leningrad, Sevastopol, Vladivostok, Poliarny, Tallinn, Odessa and other seaports to fire broadsides to honour the battle traditions of the navy and of the services rendered to the country. Mass naval games, swimming, and diving, demonstrations of naval landings and public festivals. (now celebrated on the last Sunday in July)

On this day Soviet sailors demonstrated their fighting readiness, their loyalty and fidelity to their Soviet motherland. 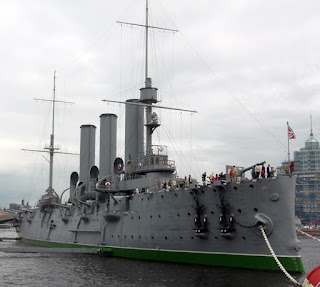 The spirit of the Red Navy, is best illustrated by the following account from the Times of July 25th 1942 of an incident in defence of the Sevastopol

“ Gathering round him his marines of Captain Alexander’s 35th Battery on the Malakhov Kurgan, the political commander spoke these words :—

“I know that everyone of you would a hundred times rather fight the most desperate sea battle than be dive-bombed once you are ashore. But the Germans have forced us tp fight on shore. Eighty-two years ago a Russian Admiral ordered his men to sink their vessels in this bay of Sevastopol. Those orders were obeyed and the guns were brought ashore to defend the city, as these our guns do to-day.

“The men removed their caps and stood silent for a short time and then swore an oath to conquer or die. They returned to their guns wearing under their Red Army blouses their striped sailor jerseys ‘ for luck’ and twisted round their forage caps hat-bands bearing the names of their ships. A few days later they were surrounded and thousands of bombs fell on the Malakhov Kurgan; they fought till the last shell had been fired and then blew up themselves and their guns. No white flag ever flew at Sevastopol! “ 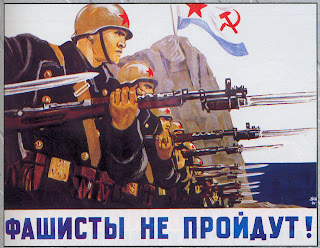 THE OATH OF THE RED NAVY MAN

I, a citizen of the U.S.S.R. entering the ranks of the Workers' and Peasants' Red Navy, do take the oath and solemnly swear to be honourable, brave, disciplined and watchful fighter, to keep strictly all naval and state secrets, to fulfil obediently all naval regulations and the orders of my commanders, commissars and chiefs.

I swear to apply myself conscientiously to acquiring knowledge of naval affairs, to guard unsleepingly the naval and national possessions, to remain devoted to my last breath to my people, to my Soviet Fatherland, and the Workers' and Peasants' Government.

I swear to defend her with courage, with skill, with dignity and with honour, sparing neither my blood nor my life to achieve victory over the enemy.

If of malice I betray this my solemn oath, then let me be visited with strict punishment of Soviet law, general hatred, and the contempt of all working people. 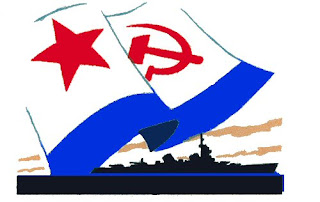