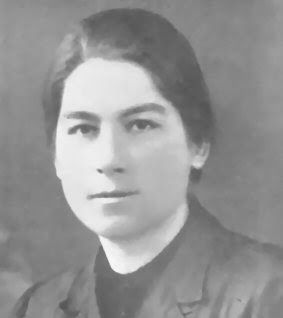 A rice worker, a partisan, a woman, a mother, Maria Margotti was killed sixty years ago by carabinieri during a strike on May 17, 1949.

May 17, 1949: all of Italy’s farm laborers have already been striking for a few days, striking against poverty and exploitation by the landowners. The mondine of the Po Valley are in the front ranks, the landowners attempt to stem the forces by organizing scabs. The mondine confront the scabs, speak with them, and convince them to return to their homes in the mountains.
In Molinella there are five women on an embankment near the road: a motorcycle passes by, a voice orders the women to leave. Then a shot is heard, one of the women falls. Maria Margotti dies, a 34 year old woman, six years a widow, who, with her exhausting work as a mondina has raised her daughters. A woman heroically dies, a woman who, along with her female comrades, was only trying to defend her right to work, her right to give bread to her two daughters.
Today, in her name, all of the mondine of Italy continue their battles to defend those rights for which Maria Margotti sacrificed her young life.
(Found in “Per te mondina” a Cgil-funded insert for rice workers, published shortly after Margotti’s death. The translation is mine.)

Margotti, a mondina (female rice-weeder), participated in a 37-day strike that included workers from all parts of Italy; the action ended when the first national contract for agricultural workers was signed. Because of her heroic stand for workers’ rights, Margotti was publically eulogized by various leftist organizations in Italy.
In 1982, the road on which she was killed, between Molinella and Argenta (near Ravenna), was named after her. There have been a handful of events and websites that honor her, but for the most part today she has been all but forgotten.
The same year she died, 1949, Giuseppe De Santis’s blockbuster film Riso amaro (Bitter Rice) was released. A little neorealism, a little Hollywood, the film narrates the moral decline of one mondina, Silvana Melega (played by the starlet Silvana Mangano), as it details some of the starker realities of the lives of rice workers The history of these two women—one real, Maria Margotti, one fictional, Silvana Melega—encourage us to see the way gender, sexuality, and the representation of women’s labor is understood within postwar Italy.
A great part of what we know about Margotti today is due to the work of the writer Renata Viganò, best known for her World War II resistance novel, L’Agnese va a morire. In fact, Viganò and her husband, Antonio Meluschi, both penned newspaper pieces about Margotti at the time of her death, and for the dozen or so years that Viganò wrote for the feminist journal Noi donne, the paper yearly commemorated Margotti’s death. Further, Viganò dedicated her collection of journalistic essays on the women rice workers, Le mondine (1952), to Margotti and thereby forged a series of important links between Margotti’s labor activism and other kinds of activism.

Viganò's dedication of Le Mondine to Maria Margotti
For Viganò, Margotti became an instant martyr for agricultural workers and labor activists, not only because she was a young, hardworking widowed mother, but also because she had been a partisan during the second world war. Although Margotti died as a rice worker, wearing her “fazzoletto bianco da mondina” (“white mondina scarf”), Viganò makes clear that she lived her life as a partisan (Viganò 20). In fact, Viganò explains that she had met Margotti during the war, while they were both involved in the partisan movement, where Margotti went under her battle name, Maria de fiol ed Battesta.
In writing about Margotti’s life and death, Viganò strengthened Margotti’s link to other workers and at the same time discursively created a historical figure, albeit one that got buried by sexier versions of mondina history, like Bitter Rice.
At the same time, the mondine themselves found ways to keep Margotti’s story a part of the narrative of their lives. Rice-worker work songs, themselves a significant form of self- and community-expression, have immortalized Margotti in the song “La morte di una mondina” (“The Death of a Mondina”):
Se non ci conoscete If you don't know us
guardateci negli occhi look us in the eyes
noi siamo le compagne della Maria Margotti we're the comrades of Maria Margotti
Maria Margotti era una grande mammina Maria Margotti was a great mother
Ella è caduta per la pace e il lavor She died in the name of peace and work
Lei sarà sempre la più grande eroina She'll always be the biggest heroine
dei nostri cuor, Maria Margotti of our hearts, Maria Margotti
at Monday, July 20, 2009