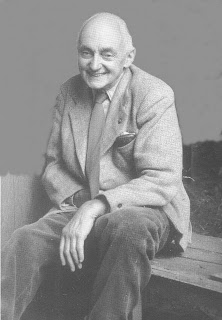 Wilfred Willett a leading member of the National Union of Agricultural Workers and Communist Party in Kent, Wilfred was a young undergraduate at Cambridge (Trinity) University in 1913 and hoped to become a surgeon. Here he meet a young girl called Eileen at a May ball and soon fell in love, secretly marrying in December 1913, fearing the objections of their respective parents, living apart and occasionally meeting in small hotels.

In July 1914 at the outbreak of World War One, Wilfred took the "Kings shilling" and joined the London Rifle Brigade, taking the opportunity to "officially" marry Eileen in Church and even briefly live together. Soon Wilfred was posted to France, but after just five weeks in Flanders was shot in the head by a German sniper, as he tried to save the life of an injured solider. (Soliders on this front had not been issued with tin hats at this point in the war).

The result of this injury was that the whole of the right side of his body was paralysed and he was close to death in field hospital. His 22 year old wife hearing that he had been injured took the remarkable decision to travel to France and search the hospitals in an effort to find him and transport him back to London. Eileen eventually found him and against medical advice, transported him back to England with the help of his old East London hospital tutor.

Wilfred Willetts must be one of the few Communists to receive a citation from Winston Churchill, Secretary of State for War for "gallant and distinguished conduct in the field" but he treasured more a letter from the soldier for whom he risked his life.

Eileen nursed him slowly back to health, over the next five years his paralysis lessened slightly, however he never regained the use of his right arm and this forced him to give up his goal of becoming a surgeon. Instead Wilfred decided to turn his hand to his second passion ornithology, becoming a well known naturalist, writing numerous books on birds flora and fauna.

He became a convinced Communist and was the nature correspondent for the Communist parties daily newspaper, The Daily Worker and wrote regularly for the Communists rural journal the Country Standard, where he became chief fund raiser. He was also active in the National Union of Agricultural Workers in the Kent Weald, He was Branch Chairman at Matfield NUAW branch.

Wilfred Willett had three children and lived at The Rosery, Matfield, near Tunbridge in Kent. Willett died in 1961. His grandson is Anthony Seldon wrote a biography of Tony Blair.

The story of Wilfred's early life and Eileen's battle to save his life in France was made into a radio programme by Jonathan Smith and four part BBC TV series entitled "Wilfred and Eileen" in November 1981.