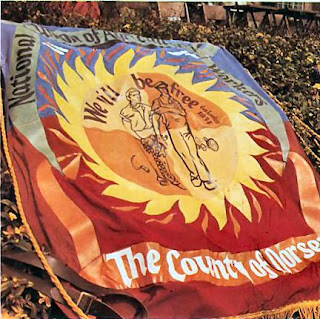 The “New and striking banner” of the Dorset NUAW was unveiled during luncheon, by Harold Collinson General Secretary of the NUAW at the Dorsett conference of the NUAW held in Poole on Saturday 29th October 1955

The banner cost over £100, the sum being donated by members in

Dorset NUAW banner was designed by Mr E. Brooks and was considered to be revolutionary in design“ and a “departure from traditional trade union banner” (according to the Dorset County Chronicle)

Its determination to continue the struggle for better conditions is conveyed by a quotation from the letter of one of the Tolpuddle martyrs…..”We will be free…” 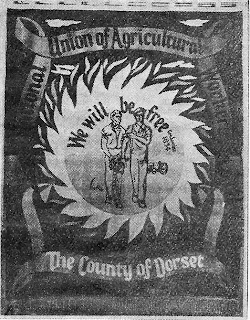 The conference went onto to pass a resolution calling for Land nationalisation, £7 a week minimum wage and a 44hr week

Mr E Brooks could not attend due to illness 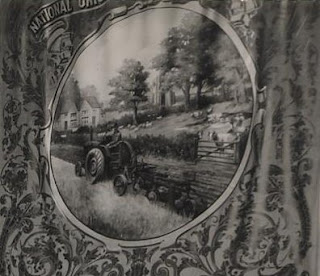