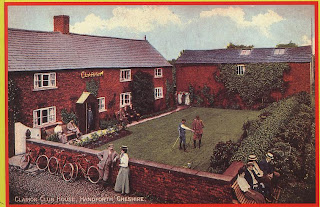 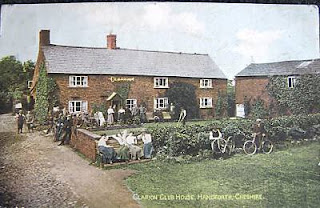 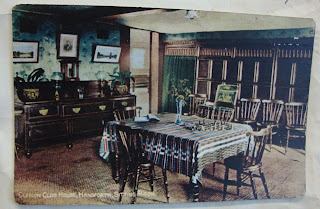 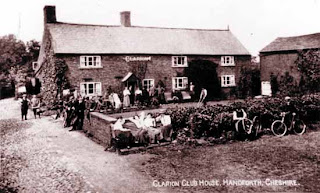 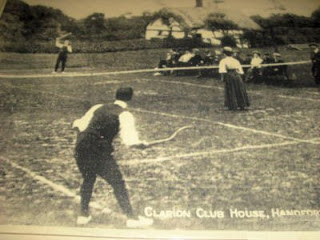 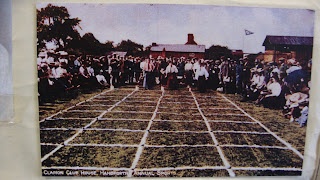 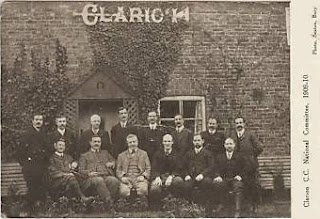 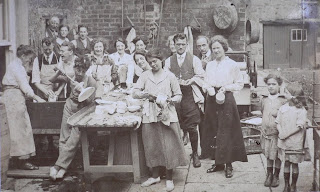 Handforth Clarion Club house, was located on the outward road between Cheadle and Handforth, about half a mile off the main Manchester-Wilmslow road. This rambling old building had oak beams and panelling inside. there was a sitting room, a kitchen, and a room which was made into a library, well stocked books - especially Clarion Press Publications.

The four dormitories held a total of fifty beds, and there were tents to sleep at least a dozen more outside in the summer.. "fresh air fiends" said a publicity brochure can always be accommodated with a blanket in the haystack". Eventually wooden outbuildings were constructed by Clarion volunteers provided a dinning room to seat 200, and a billiard room. 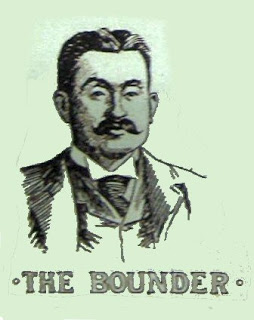 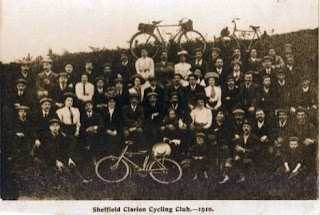 After a good tea, we rambled to neighbouring villages, presumably to post letters and buy stamps, but the post offices were not attractive, so after putting the question we decided on a visit to a certain house, well-advertised, and a rest for

When a chap finds his bed dropped and no bedclothes, w

hy he sits and watches for the next move and he gets it. Down! Someone howls. What a tussle – and Handforth is a “haven of rest”! Anyhow, quietness reigns at last, and 6 am comes , and, hang it, some of them want to get out. Fine morning, get out for fresh air, and all this kind of bunkum. Well, those that want may, and leave the lazy ones until breakfast is ready. We laz

y ones barricaded the door, but when we wanted to get out the door was locked.

But the youngster Clayton saved us – his Dad was inside.
Sunday morning we routed Stalybridge at Crick

et. The scores are not available, but our mighty swipers Brookes and Melling just revelled in it. Jack Ramsden played well for the gentlemen, and it was hot. Fancy, when the ball was lost, John Hall – hoping it could not be found! There’s cricket for you. Bravo Sheffield.

We must not forget the ladies. They were up betimes playing tennis. Some people cannot sleep. Perhaps our s

erenade on the Saturday night made them sleep lightly.
Those who remained the Sunday afternoon were enable to hear Ramsden sing, and a jolly good concert they had.

Shall we go next year

Book in if you wish to stay for your holidays at the cheapest, best, and jolliest holiday-place on earth, as we are full up every week that passes.

next week we shall have Jack Ramsden and Party who will sing songs galore on Saturday and Sunday 1 and 2nd September 1917
Book in by writing to the steward, Clarion Club house, Handforth, Cheshire.

Tom Goom visited Manchester to see the new abode of the Clarion Club House committee. Today is the last day for planking down that £1,300. for years the Handforth settlers have struggled and saved to get a place that shall be all their own; so that all the voluntary work that that is put into the place shall belong to the present and future generations of members.

loans are urgently required. telegraph them today to the Secretary , Clarion Club house, outwood road, handforth, Cheshire. Northern Etchells must be secured. a scheme for early repayment of all loans is drafted and I will outline it next week. for the present the need is for loans and plenty of em


Handforth - history week just concluded. We have completed purchase of the thirty five acre estate for £1,950 and raised the entire money necessary in loans from members and friends. the Manchester Clarion Choir delighted us in the orchard and we had the pleasure of again entertaining a party of wounded solders; tennis fanatics finished their tournament. there is still room for numberless shareholders (Clarion 24 August 1917)